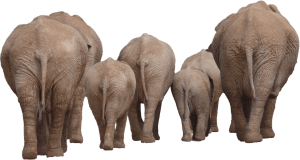 Another Day Another Story

My morning started with a bang and extreme anger.  At night, the dogs are kenneled in the garage.  The 2 little dogs are usually pretty quiet, but when my other dog gets wind of something going on, Sadie CONSTANTLY barks. Often, I can tune that out.

Off I go to see what (who) is the culprit.  I hear noises in the kitchen and ask what is going on.  The girls were screaming because of ants on the ceiling.  The boys were going to save the day.
When you have a behaviorally challenged kid, you automatically assume that that child is the instigator.  Sadly, most of the time she is.  Come to find out, that it was my other daughter that was beginning our morning of chaos.  I mean, what day is a day without screaming.

Happiness was not on my agenda.

I was furious with them screaming like banshees because of an ant.  Seriously, pull yourself together and take that sucker out.  All that said, with lots of yelling, our morning starts.  They are eager to do schoolwork because they think that that is going to make me forget our horrible beginning.  They got their schoolwork is done which works for me.

I thought, well, I have fresh tomatoes.  They will go bad.  I’m going to attempt to make chili (on one of the hottest days of the year).  I had some leftover beef/cheese dip and thought that would taste great.  So, I begin boiling the tomatoes.  While I’m working with the tomatoes and fielding 5,000,000 questions, the phone rings.  It is the insurance adjuster saying that she wants to come earlier than usual because she “has time.”  We’ve only been waiting since April.  Seriously, but hey it’s all good to accommodate her schedule.  I said come on.

I hang up, continue working in my muck, and the phone rings again.  It is my son’s therapist.  She is frantic because, on her way here, she sees an 18 mth old child in the middle of the road.  She couldn’t find who he belongs to.  I told her that I’d be there in a moment and I set off.
In the midst of things, she gave me the wrong name of the road.  During this time, Bug calls and says the appliance guy is here.  For a month, this washer has been broken.  I told her not to answer the door but to holler through saying I’d be there in a moment (I was 2 min. from the house).
He said that he “couldn’t wait too long.”  He put me off for the last week, wasn’t supposed to be here until between 12 & 2.  It was 9:40.  I hustle back, thinking…gotta help therapist, gotta get a man to fix the washer.  I ran home, told him that he should’ve called first, and got him to begin working on my washer.

He is working, I can’t leave to help the therapist, but the police show up, so she said that she was on her way.  She was flustered and overwhelmed, the appliance gut COULDN’T FIX MY WASHER! And then when I’m on the phone with the people to demand a new washer, the insurance adjuster shows up.  After much much much time here, she said that she would have our whatever done by tomorrow, maybe.  Good grief!!!!!!!!!!!!!!!!!!!!!!!

In My “Another Day Another Story” Conclusion

So, I’ve hollered at my kids, dealt with a kid in the road, fussed at an appliance guy, had a moment with the adjuster, watched my son get therapized, educated all my kids, and made some killer chili.  Prayers?  Help me, Holy Spirit!  Bring me a check for my repairs and that my new washer comes TOMORROW!

What Does Chaos Stand For

Looking into my Eye