I posted yesterday about the dog issue. Well, the dog wasn’t the issue. It was telling me while I was still sleeping that there was a ginormous dog in my laundry room who needed my assistance—praising God for his family coming to get him. I know that he is happy to be home. Sweet dog.

At about 4, maybe a little after, my friend called and said: “I’m heading your way with pigs.” Yes, you heard that right. We found a person with 3 – 25 lb. pigs for sale at a great price. This is how we maintain our freezer and our grocery bill. We raise/slaughter a pig every year. Last year, we didn’t raise a pig, BUT we called our local butcher, and they had contacts. We ended up buying a pig from a local farmer. This year, we bought one to raise. My friend had wanted me to go with her, but alas, I was taking a nap, LOL, and I didn’t know that she was ready to go. She was impatient. She ended up meeting the lady at a half waypoint.

This was the conversation between my friend and the lady we bought the pigs from:

Lady: What will you be driving? 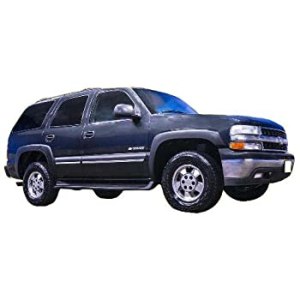 Lady:  What will you be carrying them in? 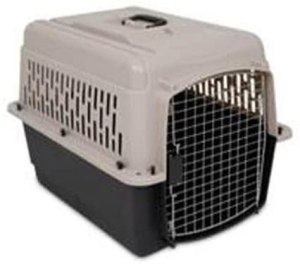 Friend:  Yes, it is also what I haul my birds in.

So, a short (4’11” on a good day) friend puts the pigs in the pet taxi in the back of the Tahoe, and Pam calls and says, “I have the pigs come help.” We keep the pigs across the road at another friend’s house, so off I go to help. I wasn’t expecting to do much, so I wore a pair of jogging pants, a t-shirt, and fuzzy boots with a sweater.

Little did I know

My friend backs down to the pigsty, where there are currently 3 ENORMOUS pigs waiting for their day of reckoning. We aren’t supposed to open the fence, and the muck is pretty high. As my friend slings this pig into the sty, I yell, “Pigs are cannibals.” About that time, the little pig almost drowned in the mud because he went face first. He slipped. Next, little pig #2 (still in the pet taxi) decides she wants freedom, knocks the pet taxi to the ground, and escapes. She doesn’t go far, but still, have you ever tried to catch a pig? The next thing we do will be a moment for the ages.

We stand there in silence.

Not moving and waiting to see how big piggies handle little piggie. It wasn’t pretty. My friends (J and Pam) had brought their daughter M, and all you heard was a little pig screaming, big pigs trying to eat the little pig, and M crying, “making them stop hurting the baby pig.”

None of us could move fast enough.

Pam wed the gate open enough to get in, but she sank just like a little piggie drowning in the muck. The muck was up to her knees. She couldn’t move. J was on the other side of the pen, with a kid’s little bitty shovel beating the big pigs in the face trying to get them to stop eating the little pig.

Still, in the muck, Pam holds a child’s rake and attempts to rake her way to the none mucky end to help save the pig. I take over the child’s shovel and stand on guard to beat the big pig’s snouts. J makes a daring rescue of the injured piggy. We put piggy #1 in with piggy #3 (who is in another carrier and shaking in the corner). M, the sweet 11 yr old girl, is in the front seat crying. We get her calmed down, spray down the pig, and check the wound (yes, I’m qualified). It is simply a scrape.

We head home, covered in pig crap from head to toe. Head. To. Toe. People. We smell. My cute fuzzy boots are ruined. Pam and I go to my house to clean up and change clothes. J heads to his house to shower and change. He heads back to my house and watches nine kids while Pam and I head to Walmart and the Co-Op to get meds and betadine. Once home, we realized we left nine kids here, and there were 11 when we came home.

My neighbor, Melissa, had come home (pigs live at her house) and dropped her girls off for my older girls to watch…she, Big Daddy, and J were back over trying to rig up a place for the little pigs. Our goal was to put them in the unused (for now) turkey pen.

Are you lost yet?

Pam and I walked over unwillingly, and at about that time, pig #2 had escaped again. We got the two pigs in the turkey pen, and 4 of us tromped through the fields, woods, dried-up creek, and beyond to catch this pig. Now, my husband is not a tiny man, and J is. It is something, by the light of the moon, to see J fly through the air to capture a pig, and hot on his heels comes Big Daddy, flying right behind him. The scene was comical from afar. There were injuries, and none of the injuries belonged to the pig.

Pam, the country girl, yanked up her too-long pants (I’m 5’6″ and she is 4’11”..the pants were mine), and she scaled the barbed wire fence…much like a female version of Spiderman. Off she goes. In the distance, I hear the drill, where Melissa is constructing a door and a pig squealing.

We ended up giving up.

We all sat in the dark, covered in pig crap and defeated.

Five grown adults were outsmarted by one little piggy.

This morning, I get up. I walk over to Melissa’s. Then, I hear a sound. I look up, and there is that stupid pig. I ran home, called J, and dashed to get him, and we fought a good fight. We ran, leaped, jumped, laughed, and peed. In the end, the pig was captured.

Soon, my little piggy pretty, we will eat you.

1 thought on “Those STUPID Pigs”