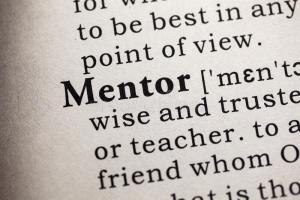 My Lady, Go Big or Go Home. Flashing back to June 2, 2017, I went to check on my Lady. When I got to her house, she was nowhere to be found. I walked around, gathered laundry, and straightened her house. Then, I called her son and granddaughter to see where she might be. I knew she had not felt well. I didn’t think she had gotten significantly worse since I had been there a few days earlier.

While I was on the phone with her youngest son, her granddaughter walked in the door with her. My Lady’s belly was huge and tight; her legs were swollen. She could hardly breathe, and all she wanted to do was lie in bed. She rarely does this when I am there. We got her in bed, and I spoke with her granddaughter.

The doctors thought that she needed her gallbladder taken out. So, they had scheduled an appointment for the following morning to consult with a surgeon. However, after more discussion, it was decided that if they happened to keep her, she needed to be at the hospital where her neurologist was. This is because of her stroke a couple of years ago. So, her son took her to the ER. I would run to a baseball game for one of my kids. Then head to the hospital to spend the night.

Once at the hospital, we realized how severe this was.

Doctors were coming in the right and left, throwing out terms like “cirrhosis of the liver, kidney disease, congestive heart failure, UTI…” We must have looked like we were from a different planet cause we were unprepared for all of that.  UTI, sure…she has those a lot. The rest, we had NO CLUE. We were constantly asked how we didn’t know and who her doctor was. We kindly told all the professionals that she was always at the doctor’s, and no one had even begun to mention any of these things. The only thing that she needed was her gallbladder removed.

Little could be done because she is on a blood thinner, which had to be out of her system for five days before any invasive testing could be done. Lots of tests, lots of sharing her info, lots of little sleep, and being watchful ended up with one of the doctors saying call the family in. It was one of those moments that seemed like the person talking was talking in slow motion and that all you see are their lips moving, but you hear no words coming out of their mouths. I stayed with her until the following Monday. We took turns sitting with her and watching her. It was a struggle for her to breathe because of the 2 gallons of fluid on her belly. She had little energy, and she was simply tired.

I knew on Tuesday that her oldest son was coming to town. Also, some of her grandchildren and great-grandchildren are flying in. What a legacy this woman has, and she is SO well-loved by her family. I decided that I would not come to the hospital that day. Simply because I wanted to be respectful of her family and their precious time together. I played catch-up around here and ran some errands.

Nothing was out of the ordinary until I got a call. My Lady, Go Big or Go Home. She is never in between.