Turning the Page of a Book to a New Chapter 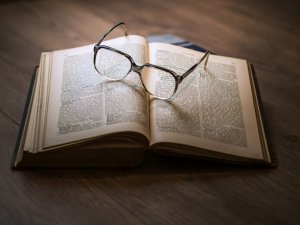 Turning the Page of a Book to a New Chapter.  Welcome to this new chapter.  I could’ve cropped this picture to show a close up of my baby’s beautiful smile, but when I saw his hands…I thought….nope, this is real life.  Behind that smile is fear, excitement, worry, anticipation, exhaustion, and hunger.

My baby came to us when he was 5 yrs old, after a long intense battle to bring him to America.  Being a child of color, older, and a boy his odds were against him ever getting adopted.  See, little black girls turn into sweet gorgeous black women.  Little black boys turn out to be thugs, murderers, etc.  There is a sad stigma and that does not mean it is just in America.  There is racism in the country of Ethiopia as well.  If a male child is 3 or younger and “caramel” colored….he is a good child to be adopted.  If a male child is 4 or above and darker….well….that is a lot of odds.

How can one look at that face, those eyes, that smile and say he is going to be ANYTHING but a child of the King and a warrior for His kingdom?  This baby………….this baby……….. I cannot even.  My heart simply bursts with love, pride, gratitude, and thankfulness for what the Lord did in our story.  I seriously cannot even.

Discovering He Was Deaf

We did not know he was deaf for almost a whole year LOL.  He was learning the language and learning how to live in a family and acclimate to the USA.  That was his only job.  To learn to be loved, to know he is safe, to help him with his loss and grief of not being with his family and his beautiful country.  He was, at one point, trilingual.  Oh, and he was LOUD.  He could speak and worked hard at his broken English until he mastered it.  After almost 6 yrs, he stills says a few words wonky LOL.

Understandably, he switched ears and smiled as she sang.  He is a man of little words so as he was grinning (he thought she could see his approval), he handed me the phone.  I was sitting there, with my mouth opening, looking at him like he an eyeball that had just sprouted up on his forehead.  I held the phone and I could hear my mom speak, but all I could say was “what do you mean you can’t hear in that ear?”  He said, “I no hear in that ear.”  I could’ve caught flies with my mouth.

I put the phone to my ear and said “Martha….he says he can’t hear out his right ear…I gotta go and figure out what the heck he is talking about.”  We got off the phone and I looked him square in the eyes and said: “WHAT THE HECK DO YOU MEAN YOU CAN’T HEAR OUT OF THAT EAR?”  He took his hands….clapped them on my cheeks…pulled my face nose to nose with his face and said: “MOM, I NO HEAR OUT OF THAT EAR.”  I asked if he heard out of that ear in Ethiopia….he just waved his hand like it was nothing and he said “No.  I no hear in that ear in Ethiopia (that is how he pronounced it).”

I think I sat there staring at him for 30 minutes.  I’d plug one ear and talk…he could hear me.  I would plug the other ear and talk….he could hear me.  I did not get it.  At all.  I turned all the fans on, made him turn around, and I whispered…he heard me.  I am stumped.  In a last-ditch effort to understand what was going on, I got in the van with him, turned up the radio, lowered all the windows and whispered…he heard me.  Either he was insane or I was insane.

I took him to an ENT.  We did hearing tests…he was in the “soundproof” booth and the lady said some words and he repeated while one or the other ear was plugged….he did it.  She said he was fine.  In another moment of “I am such a bad parent because if he is hard of hearing in that ear, I didn’t know and didn’t do anything about it but the audiologist said he was fine but I want a second opinion from a friend because she is good at what she does and she is free and I will leave this alone if she tells me that he is fine I will just assume I am nuts and he is nuts and we are all just nuts.”  Yes….that is the long run-on sentence that took place in my head.

I headed to see my friend Susan Brown.  She did all her of her initial stuff and then put him back in the booth.  I sat in the booth with her.  This time, was different.  She said things, but she covered her mouth.  When she did that, we discovered that he is stone cold deaf in his right ear.  See…..what I didn’t realize was that he was reading my lip and everyone else’s lips.  Most people are deaf from either their outer ear to their eardrum OR from the eardrum to their brain.  Jude is deaf from the outer eardrum to the brain.  He has all the mechanics of a “good” ear….he is just deaf.  We are guessing he was born this way, which explains SO much.

When I took him from Susan to the NEW ENT…Jude was pretty stoked.  I told him we were going to see Dr. Jones.  With his wide eyes….he said: “We are going to see DR JONES?”  I said yes we are…he is going to check your ears.  I asked why he was looking at me like that and he said “Dr. Jones?  As in Indiana Jones?”  I smiled and said, “No, Dr. Shawn Jones.”  Let down.

As we were talking, I asked Dr. Jones if this could be hereditary?  He said it could be and why do I ask.  I explained to him that my mom was born without a bone in her ear and that she was deaf.  I told him that she had surgery and they placed a metal plate in there and now she can hear.  At that moment, the dr was staring at me, the nurse was staring at me and Jude was silent.  I couldn’t figure out the silence.

Dr. Jones leaned WAY into me and he said: “Brandi, is your mom black?”  I said “No.  She is a little short redhead, why are you asking me if she is black?”  He smiled and said, “Brandi….your son is black.”  Duh…..I forgot.  I don’t think about things like that so I was felt pretty stupid.  Well, after many visits, many types of hearing aids that did not work….learning some sign language to help him in crowds…..5 years later…..yesterday was the day we turned the page to a new chapter.

Yesterday, we were in Louisville for Dr. Severtson to perform a BAHA surgery.  Now, normally this surgery would have a titanium screw and in about 6 mths or so, once it is healed, you *snap* a hearing aid on behind your ear.  The sound bypasses the ear canal and goes straight to the brain.  The post requires A LOT of attention and maintenance.  We were going to do that because, the older Jude gets, the more it bothers him about his hearing.  I get that.  Our dr was recently approved to do a new type of BAHA hearing aid.

Instead of the titanium screw, he put in a magnet.  This takes 2-3 mths to settle in and heal.  Once that is healed, we go back for the processor.  His hearing aid will also have a magnetic on it and it will just stick to his head, behind his ear and it does the same as the original.  This is good because there is zero maintenance.  You get your processor quicker.  He is the first in our area to receive it, so we can hopefully help other families.  More importantly, he will be able to hear out of both ears for the first time in his life.  How freaking cool is that.

The recovery is not fun.  He has to keep his head wrapped for 3 days and not wash his hair for a week or so, but in the end…..it will be awesome and that is what I have to remind him.  I am so stinking excited.  He is excited too, but he is hurting pretty good and his incision site itches….which is driving him bonkers.  All in all……welcome to his new and improved HEARING story 🙂

Wonder from the Eyes of the Typical