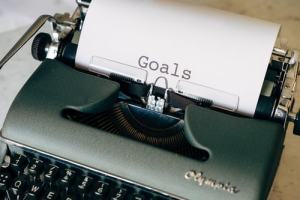 Here is my Word of the Year 2018.  I have never heard of a “Word of the Year” before.  One day, I was looking at youtube.  There were a lot of people on there announcing their word of the year.  I watched a few of them and I thought what an interesting concept.  Then, I let the thought pass through my head, and life went on.

Yesterday evening, around supper and after supper…I felt myself feeling extremely overwhelmed.  We have some behavior challenged kids, we have some manipulative kids who choose to lie at every bend in life, we have some kids who just need to do a little growing up, and then there is Hunter….our Zebra.

After a day of “who peed in the garbage can?  Is that poop smeared in the floor?  Where is Iron Man’s hat?” Hunter decided to have an epic meltdown.  One of our kids, who is genuinely very good with him, also coddles him.  He doesn’t even get a chance to begin a steroid rage because she is trying to fix it.  She wants to make it better or shut his pie hole by giving in to everything he wants or desires.

We’ve had long discussions over this and how she isn’t helping him by giving in to him.  He has to be taught how to deal with these rages because they are a direct byproduct of his condition of Opsoclonus Myoclonus Syndrome.  She doesn’t get it, so we have this conversation a lot.

Working Out of the Lower Part of My Brain

Tonight has been no different than any other night since his diagnosis except I felt like I was going to explode.  I wasn’t angry….just heartbroken.  I sat and watched him try to get a piece of food on his fork. He was encouraging his food saying “come on…get on my fork….come on.”

After a few minutes, he flung his fork and said: “I can’t do this…I’m too shaky.”  I thought I was going to have to leave the table.  My strong 3 yr old could not coax his food onto his fork….therefore he was giving up and would rely on someone else to feed him.  His fit was not over the fact he could not feed himself.  His fit was over his OCD (thank you high dose steroids given to him when he didn’t need it) tendencies.  Everything and everyone not being in its proper place can lead to a meltdown.

Discipline at its Finest

We told him to sit on the step, while we all tried to continue eating and ignoring him.  He screams this wild animalistic scream…not a typical 3 yr old fit.  He goes wild-eyed and stiffens his body.  It is the strangest thing.  He finally stops and says he is all done and is ready to join us and eat dinner.

I texted my sister (his Mamaw) with one word “overwhelmed”.  There are just days when I don’t feel like I can say another word.  Do another task.  Feed another bite without getting overwhelmed.  It is simply heartbreaking to see my child deal with these symptoms and even more heartbreaking to know that the longer he is symptomatic, the more likely his brain damage will be permanent.

Will he have OCD forever?  Possibly, will he have ADHD forever?  Or, will he have a low IQ?  Will he consistently have behavior issues?  I don’t know the answer to any of this.  All I know is he is no better than when we began the journey on June 6, 2017.

After I got done texting my sister, I looked down at my phone and my brother called.  My first thought was “what’s wrong?  who died?  what has happened?”  He doesn’t call me.  So, I checked my messages and he had sent me a design idea for our bathroom renovation that we will hopefully get approved.  I called to talk with him about it and then as soon as he said answered the phone.  Then, I lost all sense of propriety.

I cried…it was ugly.  So bad he kept saying he couldn’t understand me.  Once I got out my frustrations, he said God knew that he needed to call me tonight.  He told me to pray, that God has this and it is going to be okay.  That there are other people out there who are worse off than we are and to have faith.

Who Are You and What Have You Done with my Brother?

It’s like….what the heck has happened?  I don’t even recognize him.  As he talked and he started being silly to get me laughing…I felt like warm water was being poured over me and I instantly collected myself.  I was reminded that this was the year of my rainbow and God had made it a little bit bigger by having my brother, whom I have not had a good relationship with over the years, calm my storm.  God used him and his words to eases my fears, to talk to me straight, and to guide me back to the cross.

So…back to my Word of the Year 2018…..RAINBOW is my word.  I’m going to try and recognize each blessing….whether big (like brother calling) or small (like cleaning my oven) and I’m going to write it down….each blessing is a part of the rainbow that God is showing me, this year.

What is YOUR Word of the Year?