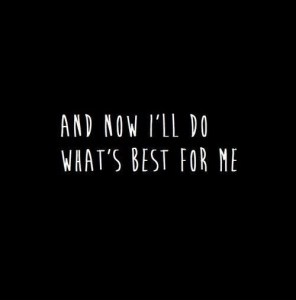 There’s a Rogue Zebra on the Loose Part 2

Here is There’s a Rogue Zebra on the Loose Part 2.  We got to the Norton’s Children’s Hospital ER, and I realized that the calmness I once felt was now moving into the “they are paying a whole lot of attention to us” moment and “oh crap.”  Nurses were moving quickly.  We were seeing attendings and not interns or residents.  My mama’s gut was screaming, but my outer shell was trying to convince my inner shell that things were okay and they were just overly attentive.

All Eyes Were On Hunter

Without much of a blink, I had the ER attending, the neuro attending, the peds attending and there was one other one, but I cannot think of who that person was.  They got him in a gown, I blinked, and the next thing I knew they were putting in an IV, drawing vials upon vials of blood, testing his urine.  It all happened so fast.

When I talked to the attendings, I had explained that we had just been to Vandy and what they had said.  I told them that I may be overly cautious, but it seemed Hunter was getting worse.  All I wanted was two doctors, two different hospitals, two different states telling me the same thing.  Once that was done, I would be good to go.  The last thing I wanted to do was to stay.

I blinked again and when I looked up…Hunter’s eyes were dancing all over his head.  It reminded me of looking at one of those reptiles that had a third eyelid.  Quickly, I got up and hung my head out the door for the attending.  I stood, where my face was not visible to Hunter.  Before that moment, I was cool as a cucumber this whole time.  Sadly, when that third eyelid thing had to be fixed….that scared me.  That’s when things started moving a bit faster.

Not a Normal Mama

I am not the type of mama that is always at the hospital or doctor’s office for every single snot rocket, complaint, bent finger or toe…or even blood gushing.  I just do not subscribe to that in my life.  If mama is calm… the kid is calm….then things can get done and assessed.  I told these people that.  I apologized for even taking their time because I was *sure* that everyone was going to agree.
They didn’t agree.
Not even in the slightest.

My, previously healthy, 3-year-old was poked, prodded, sedated, infused…..I was alone (Big Daddy was home with the other kiddos), with a 3-year-old, surrounded by a bunch of doctors, residents, interns, students, and nurses.  There was not one person who would give me a straight answer.  One of the doctors, I finally cornered, and I told her that I’m a nice person.  I tolerate a lot.  I am also a forthright person, and I do not beat around the bush.  The one thing that can get a bee up my drawers is when people are dishonest or dancing around things for me.
I understand that they do not have all the test results in.  I know that they do not know, for sure, what this is.  What they do know is what tests they are running and why they are running them and what they are ruling out.  That is the stuff I want to know.  I will not lose my cool.  There will not be a time when I will panic, faint, cry, or scream.  My job is to be a student of whatever is going on.

One sweet little student doctor, who looked like the age of my son….he stepped out of his box.  He got down on Hunter’s level.  This sweet man played with him, connected with him, and he was genuinely concerned about him and about me. There were days when he would stop by and ask random questions because he was going home and researching.  Out of his graciousness, he made me a list of all the tests that were done.  Which tests were pending and which had results (and he gave me the results).
Also, he took the extra time to write down what disease each test was for and what was ruled out and what they were looking for.  That list became gold to me.  Every time a nurse came in, she would check to see if a specific result had come in.  This is what I needed.  This calmed my soul, and I felt a little bit empowered and in the loop, so to speak.

There was another doctor, she is a pediatrician and was the hospitalist for the week.  She slammed me between the eyes.  This doctor said that he would not get better.  Her guess was that it was an autoimmune disease.  They could not pin it down, but the fact that every single day, he was getting worse and much weaker.  She said that I needed to see the gravity of the situation.  I need to make adjustments, at home.  I needed to set up therapy.  They really wanted him in Frazier Rehab for an indefinite amount of time.  I was going to be the one who had to feed him, we had to get him fitted for a wheelchair.  This was our life, and I needed to prepare myself.

Time for a Meltdown

I believe after that conversation was the first time I truly had a meltdown.  Amazingly enough, I did not do so in front of all the doctors.  I waited until they left.  Before my moment, I got my son watching a movie.  Then, I stepped into the bathroom and called my sister, Hunter’s grandma.  That is when I lost my composure.  I could hear Hunter in the other room sweetly saying “mama don’t cry.  Come out of the bathroom and don’t cry.”  I came out….washed my face….and we watched Cars for the thousandth time.

I purposed not to let this dictate his life or mine.  Adjustments…fine.  I can do that.  Therapy?  Fine…I can do that.  When the doctors came to do rounds again…there were about 12….they were timid around me.  They would not look me in the eye.  I guess they thought I was going breakdown.  There was a moment…my moment was over.  I told them that even in times like this, I choose joy,  According to God, this would not defeat us.  This was just a part of our story.
I explained that these doctors will see something similar to this, in their future.  That when they do, they will remember Hunter.  Hopefully, they will know what tests to run and what to look for.  Also to realize that God will be glorified.  The tone in the room changed….they began to tell me they were praying for us and encouraging me saying that God can still do miracles.
Next, we meet our Neurologist team.  For now, There’s a Rogue Zebra on the Loose Part 2 is moving into the fact that the rogue zebra is in their sites.  They are ready to corral him….in Pt 3 🙂