Part 1: A Journey of Healing

Part 1: A Journey of Healing.  I will be posting our story in little mini parts.  In these parts, I’m going to share the songs that have spoken to me, so very much, during this season of my life.  Also, my theme Scripture that does *not* escape me.  Also note, that I will only be talking about this last leg of our journey, as we stepped out of our finite “reasonable” box and stepped into infinite faith.

This is all very hard to explain without sounding like I live on another planet.  So, just trust that God is good even when we don’t understand.  With Christ, all things are possible.  HOPE…the Lord has added to this post, but here is a taste of what the Lord has been showing me.
Several years ago, my friend shared the story of her daughter’s journey with Lyme disease and how this place…this whack-a-doo treatment and faith saved her daughter’s life.  She tried to explain it to me but I had no clue what she was even talking about, so I listened, asked questions, and rejoiced in her daughter’s healing.
I have mentioned this place to several friends, who struggle with some autoimmune issues, and I just put a bug in their ear, and then I give them Les’ number LOL.  Take the middle man out of it.  I praise Jesus every January because that is when Les and her family stepped out on faith and tried something different than regular medicine.

When Hunter woke up from his nap on June 6, 2017, our lives changed forever.  You can read about the end of his journey OMS: The Rogue Zebra Has Been Caught.  Now, there are 3 other parts before that, if you want to know our beginning to this 3rd diagnosis.  Our first dx was from a local hospital.  In reality, a chigger should not EVER be seen there, but whatever…they diagnosed Hunter with Strep, though he tested negative.  “Give him these antibiotics and he will be fine in 10 days.”
Uhm, did you get your degree from a Cracker Jack Box?
He cannot walk.

We left there and immediately drove to a children’s hospital out of state.  We stayed there for several hours and then we got the second dx.  They said he had Cerebellitis.  It is a common diagnosis when a child presents with the symptoms that he presented with.  The dr said it would run its course (virus type thing) and he should be better in 10 days.
Yep.  That did not sit well with me.
So, we made some calls to a friend who worked for a Neuro, then another friend who has boatloads of experience with Neuros because her daughter has TM…we talked to our parents, my sister (Hunter’s Mamaw)…and then we made the decision to take him to a different children’ hospital and see if that neuro agreed with the first neuro.

We came home, spent the night, and then I got up early with H and headed to another hospital, alone, genuinely thinking this neuro would agree with the last neuro.  Yep, that didn’t happen.
That was the beginning of our worst nightmare. 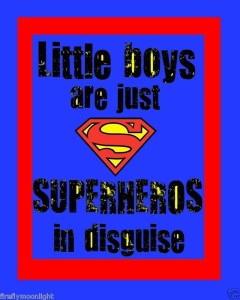