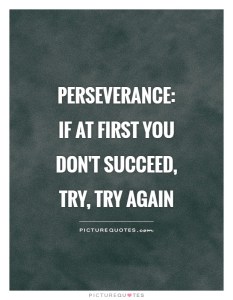 This is a breakdown of the Dys- learning disabilities.  Honestly, growing up (up to adulthood, I guess), I only knew of Dyslexia.  In that, Dyslexia meant that you saw/spelled a word backward.

Pretty amazing that that is all I thought it encompassed, huh.

Over time and with the help of some amazing therapists, I have learned so much more.  By stepping out of the “box” I had created with LD’s, I was able to expand my mind and have many “aha” moments of realization.

According to the National Institute for Learning Disabilities (NILD), “Dys” means difficulty with and “lexia” means words – thus “difficulty with words”. Originally the term “Dyslexia” referred to a specific learning deficit that hindered a person’s ability to read. More recently, however, it has been used as a general term referring to the broad category of language deficits that often includes the ability to hear and manipulate sounds in words as well as the ability to read and spell words accurately and fluently. When breakdowns occur in these foundational reading skills, dyslexic students often struggle to understand what they read as well as develop vocabulary at a slower rate.

“Dys” means difficulty with and “graphia” means writing – thus “difficulty with writing”.  The term dysgraphia refers to more than simply having poor handwriting. This term refers to those who struggle with the motor skills necessary to write thoughts on paper, spelling, and the thinking skills needed for vocabulary retrieval, clarity of thought, grammar, and memory.

In my years in school, this all makes sense.  When I was young (even now), I was made fun of terribly in school.  Teachers would put me in the hallway, alone.  I had to go to a special ed room.  There is this clear memory of standing in line, with other children, behind the teacher.  She marched us to the special ed class in front of everyone.  My “friends” pointed at me while laughing because I was going to the “stupid” room.

That phrase gives me anxiety, to this day.

I had to be kept in from recess because I wouldn’t do what they wanted me to do.  Memorization of math facts, in second grade, was a nightmare.  I had to miss fun outings, sit alone, and worse…I had my name at the bottom of the list of kids who hadn’t learned these facts.  Everyone saw.  Everyone made fun of me.

Things I struggle with

Telling time on an analog clock is one of those things.  If the watch (I no longer even wear a watch) has no numbers or Roman numerals…forget it.  I can do it but it takes me a hot minute to think about it.

Directions…just don’t even.  I can tell you landmarks because I became an expert at knowing my surroundings.  Cardinal directions, ordinal numbers, place numbers, Roman numerals.  Hard pass.

My right from my left…nope.  Luckily, God created me with this issue, so he gave me a mole on my right hand.  Ask me to look to the right and then watch me look/feel for my mole on each hand.

When I have a series of numbers, I always flip the 2 middle numbers.  Always.  Needless to say, I have messed up balancing checkbooks, appointments, phone numbers, etc.  I have to write it, say it, write it again, and clarify now.

To get through math, through all grades, I cheated a lot.  My mom is a math teacher.  She is brilliant, but I simply didn’t get it.  I didn’t understand and I felt stupid when I would ask.  Seriously, I should know this stuff.  She is brilliant and available, yet I would not ask because then she would know my secret.

Do you know how long it took me to learn how to tie my shoe?  Luckily, velcro came on the scene and saved me.

That’s what I thought it was

My secret.  As long as I had my mole, knew landmarks, cheated, got a digital watch…no one would know.  Sadly, I knew.  I have no clue how I managed to do all that I did with the degrees that I have.  Pre-Vet has A LOT of math and calculations.  I would have little tricks that would help me along the way.

When D entered my life, he was 2.5 yrs old and non-verbal.  We knew he had some issues, so I immediately got him into First Steps.  He got tubes, twice, and finally learned to talk…with a speech impediment.

No biggie.  After he graduated from First Steps, I got him into Home Health.  He worked hard on his speech.  Over time, I realized that due to FASD, his memory was fresh every morning.  No matter how hard he worked or working with him, he would forget everything I taught him.

While we were in the process of adopting Jude, we had to put the kids in public school.  D was in Kindergarten.  Guess what?  He was in the special ed classroom, but not an all-day thing.  Just long enough to work on his alphabet and phonics.

He finally got it, but the writing was a no-go and reading was not happening.  The sadness of seeing him struggle was palpable.  It brought up a lot of repressed memories for me, that I had to trudge through in order to help him.

I pulled him out of school for many reasons, none of which I will go into because it is his story to tell, one day.  In doing that, I knew that I needed to get him back into speech.  We had his hearing checked and doing that, he was checked for Sensory Processing Disorder.  Luckily, all that was good.

Across the hall was the speech team.  We met with Alison for a “get to know you” and see if he qualifies for their program.  Well, he did.  She didn’t ask me how he was at reading or spelling.  There were questions like “does he know his right from his left” or “how long did it take him to tie his shoes?”  I answered them all as honestly as I could.

When it was all said and done, she said that he did qualify for the speech aspect of their program.  Then she patted me on the back and said: “we do not diagnose, usually, for dyslexia until a child is older.”  I was like, alright…that ship didn’t even enter my harbor.  She got really quiet and patted me on the back.  Quietly, she said “Your son has severe dyslexia.  I knew within 5 minutes of meeting him.”

I started laughing.  She was startled at that response, so she kept on patting.  While asking if I was okay, I said:  “We just discovered my 6th child has single-sided deafness, so this diagnosis for D is just like a teardrop in the ocean.”

After that, I just stated that I thought it was me and I just was not able to teach him.  She said that is not the case, that he just learns differently.  As we continued talking about the red flags of dyslexia (and dysgraphia), she asked me a few questions about myself.

In a moment of clarity, she looked at me and smiled.  She said you do realize you are smart and that you have been able to overcome your learning disability.  I must have had a blank moment because I did not comprehend what she even said.  She asked me when I was diagnosed with Dyscalculia.  I told her that I had never heard of that.  That I just thought I was stupid in that area.

She explained what that was and that it was crystal clear that that is what I had.  Back when I was younger, there was not a name for it.  Now there is.  I almost felt vindicated.  It is what it is.  I have compensated for my shortcomings and confusion.  So has D.

Now, we are armed with knowledge.  D cannot spell worth a crap.  Therefore, I got him a pocket speller.  He has all these ideas and thoughts, but can’t get them on paper.  I bought Dragon Speak so he could speak out what he needed to.  He has written some awesome things through this program.

We bought an amplifier so he could hear what I was saying and his speech is corrected.  Also, we did many years of speech/reading/language therapy.  I had him write books from the Bible.  His penmanship is meticulous because he has worked incredibly hard.  Cursive was something I thought he would not be able to do…guess what though?  Writing the book of Genesis in cursive has changed that too!  We got a dry erase cursive board and he practiced until he mastered it.

He loves to read, so any series that interests him…we get.  Also, Librivox and Audible have been game-changers.  Both of these programs have real lived people (as opposed to the computer voices) reading stories.  He gets to hear it all, but he also gets to hear their inflections.  This has helped his speech tremendously.

Fear is a Liar

I lived in fear.  Now, I am armed with Truth and knowledge.  By being armed, it has given me clarity and understanding.  Learn all you can about something you are afraid of.  You are strong, brave, kind, and good.  We no longer live in fear.  We are empowered!

Little Lies Along the Way = Fear Amongst Children