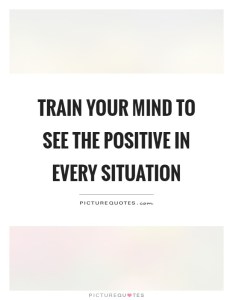 All About Single-Sided Deafness

This is something that I have grown up with but never really understood.  As you talk about it more, you find out that more people have hearing loss or are completely deaf in one ear.  They have just learned to deal with it, over the course of their lives.  Keep on reading from my “blonde” moment in regards to my small familiarity.

We met Jude when he was 4.  In our adoption journey, we flew to Addis Ababa, Ethiopia, and met this delicious child.  It was love at first sight.  There was, of course, a huge language barrier.  He spoke his native language, Wolayita.  Also, he was learning Amharic (the native language of most of Ethiopia).  As an added bonus, this teacher was teaching the kids in English.

We were in such a fog of all the information overload we were experiencing that we didn’t notice much else. He was a typical 4 yr old child.  Busy, opinionated, hungry, loving, affectionate…full of smiles.

It was his 6th birthday.  Per tradition, my mom called to sing to him.  He flew upstairs to talk to Jojo.  I put the phone up to his right ear.  He looked at me and he said: “I no hear in that ear.”  I must have just looked like I swallowed a bug because my mouth was open and I suddenly could not comprehend his broken English.

He moved the phone to his left ear and smiled as she sang to him. I took the phone back and told my mom what he had said.  We discussed it for a minute and she told me that I needed to do more investigation.  She asked if I remembered her surgery with her ear.  I did remember, but I never knew what it was, so she explained it all to me again.

Me:  What do you mean you cannot hear in that ear?

Me:  But what do you mean?  Could you hear in Ethiopia?

Me:  I don’t understand what you are saying.

Then he nonchalantly walked away.

Over the Course of the Day

I would sneak up on him and try to whisper in his ear to catch his “deafness”.  Clearly, I had no idea what SSD was.  I started making phone calls.  We ended up getting a hearing test done with my friend Susan Brown at Murray State.

She confirmed that he was hearing impaired but we needed a referral to see the extent to that.  We took her results, gave them to our pediatrician (who said his ears were perfectly healthy and fine).  I insisted on a referral to Dr. Shawn Jones and they did that for me, though they didn’t think it was necessary.

We had introduced Jude to the Indiana Jones movies.  He was obsessed.  He had the bag, hat, and whip to prove his devotion to this character.  As I tried to explain to him where we were going and what the dr was going to do, I failed to mention the *name* of the dr.  When we walked into the clinic, I told him that we were going to see Dr. Jones soon.

Now, Dr. Jones and I have gone way back.  He has done tube surgeries on a couple of kids and taken my tonsils out.  We know each other.  He is a believer, his wife is a homeschooler and he loves to challenge and relate to each kid/person that walks into his clinic.

We giggled over the mistaken identity moment that Jude had a few moments earlier.  Then, I went on to talk about his medical history (we pretty much knew nothing).  I told him what Susan had said.  Also, the pediatrician thought he was fine and it was more of a selective hearing loss (aka, he is a kid).

He sent us to Kelli, who did another hearing test.  This time, she covered her mouth as she spoke to him.  That was the key.  He could read lips perfectly!  That is why the pediatrician thought he was fine.  He had become an expert at it.

The Results Were In

When all the tests were done, we discovered that he is NOT slightly or even moderately deaf in that right ear.  He is completely, profoundly deaf from the outer ear to brain.  Although, mechanically, everything is fine…he is sonic boom type of deaf.  Deaf deaf.  They were so surprised that his speech was so good.  That at one point, he was trilingual.  He had learned to compensate so well that he surprised everyone.

First, we could just leave it alone and let it be.  Second, we could get cross hearing aids to magnify the sound in the good ear.  Third, we could be the first in our region to get a magnetic BAHA hearing aid.

The cross hearing aids did not work at all.  It is designed to have 2 hearing aids.  The one in the bad ear takes the noises and slings them to the hearing aid in the good ear.  Once there, it magnifies it and makes things louder.  Yep, that didn’t work at all.  Plus, they could not get wet.  Also, he couldn’t get sweat on them.  He was in sports, so he never wore them.  When he did, it just irritated him.

The BAHA hearing aid can be better explained by the company that we used, Sophono.  There is the snap on hearing aid, which most people get.  The magnetic one was newer when we started this process.  This device helped take out the maintenance of the abutment device.

We were just going to leave it alone, but as he got older, we noticed more things.  His deafness started becoming more noticeable (or maybe we were more aware).  He was still unfamiliar with life in the states, so he would often dart wherever and whenever.  He was in a walled area in Ethiopia, so he had freedom without fear there.  Here, he could very easily get hit by a car.  He would often run across the street to get a ball or see a dog.

In the end, after trying the first 2 less invasive options, we chose to do the BAHA.  He can wear it in the rain and he can sweat!  It is rechargeable, so that takes the need out of constantly buying batteries.  He can do it all on his own, which is a vast difference from the cros hearing aides.

As He Gets Older

His magnetic will never need changing/replacing.  He cannot have MRIs or go through medal detectors.  His hearing aid does not need to be replaced unless broken.  We get yearly maintenance on it.

He picks and chooses when he wears it.  I don’t push it.  We have learned he does not like wearing it while he eats (he apparently chews too loudly).  Also, during worship time at church (too loud).  I let him dictate when he wears it and when he doesn’t.  Now, when school starts, he will have to wear it.

Alright, Alright…Here is My Moment

This is the conversation that Dr. Jones and I had while discussing Jude’s medical history.

Me:  Can SSD be hereditary?

Me:  My mom was born without a bone in her ear.  She was deaf on one side.  There was some surgery that she got where they put a metal plate in her ear.  It bounces sound off and now she can hear.  I remember when she got it.  She was sleeping in her room with the door shut.  The rest of us were in the kitchen eating sandwiches.  She came flying in the kitchen, crying, telling us to stop chewing so loudly.  Could Jude be missing that same bone?

Me:  If Jude is missing that bone, can he pass that onto his kids?  Is this a generational thing.

After a moment of silence and Dr. J continuing to let me babble on…

**Moment to let me absorb his question and my answer.**

Dr. J:  At least you don’t distinguish between your bio and adopted kids.  To answer your question, I don’t think your American mom’s ear has anything to do with your Ethiopian son’s hearing loss.

The Dark Before the Morning