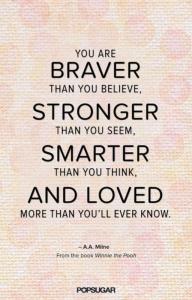 Folks, not gonna lie.  This week has sucked the life out of me. When OMS Roars It’s Nasty Roar it is very nasty, indeed.  What started out as a normal week has ended with an intense fear overtaking my body while OMS takes over Hunter’s little body.

Monday, Jude had a baseball game at Carlisle county.  It is about an hour from us.  We knew that our oldest daughter would be out of town.  Therefore, we had our son-in-law over for dinner every night.  Because of that and the intense baseball schedule, Bart and I took shifts with who went to what baseball game.

Monday night, Bart went and I stayed home.  I had the rest of the kids, so we are doing homework and I’m cooking supper.  Tuesday night, I got supper done early and I hit the ballparks.  Lucky for me, at that time, I got eaten up with mosquitos.  Also, I had 4 ticks, the size of a pinhead stuck to my back.

Go ahead, be jealous.

The kids had to get up early because it was grandparents day at school.  Hunter’s Mamaw, my sister, came at 7 am to eat lunch with him.  He was SO excited.  She said that when she rounded that corner and he saw her, they each ran to each other screaming.  For real…how sweet is that?

She said he didn’t eat much and was quite upset that she couldn’t stay the whole day.  Luckily, they were having the book fair.  She ended up buying her freedom with a couple of books for him.

I quickly emailed the teacher and let her know that he didn’t each much.  It is imperative that ALL kids eat a good breakfast and drink.  For OMS kids, it is a requirement.  They can start a rage at any moment.  Water and protein help even out those brain waves.

When I picked up the boys from school, Hunter ran to the van.  I noticed his voice was raspy.  Honestly, I didn’t think a lot of that because that is how I get when I am tired.  I asked him if anything hurt and he said that the back of his neck hurt.

He told me that Mamaw was at his school because she “needed” him.  Also, he said that he was sad because she couldn’t stay but she bought him books.  He had had a good day and asked if he could play the Wii when he got home.

I told him he sure could, but only after he rested his eyes.  He emphatically said, “mom, my eyes don’t hurt…my neck hurts.”  I understood his plight and told him that we would put oils on him.  He could take a little nap and when he got up he could play the Wii.

The Rest of Wednesday

I wanted him well rested because that night, a daughter was bringing a boy around for us to meet.  We had had issues with another child the night before and this night.  So, there was no break between me cooking for the masses, the issues with a kid, and Hunter.

When he got up from his nap, he had a dry cough.  I checked his temp and it was a low grade.  Then, I noticed his eye turning in.  Watching him, his hands were shaking more and he was stumbling and falling more.

My gut was screaming but I had to keep it together until the end of the night.  We had to make it through meeting this boy.  We did make it through, by the skin of our teeth.  Started Tylenol and kept him home from school for the rest of the week.

This led us to the ER.  They were wonderful, in the ER, but I was not blown away by the doctors who were on-call.  Also, the fact that his regular neuro made no attempt at responding to any correspondence that I sent.  That was disheartening.  The nurses were amazing though.

We did IVIG and within about a month of his little cold, he began to return to his baseline.  This is scary.  A cold is usually gone in a few days with no lasting effects.  In Hunter, a cold sends him to the ER, and being unable to stand, hold anything, speak clearly.

We don’t know, at the time, whether this will last for a brief time or a longer one.  PTSD is in full force because this is the first time he has been sick since being diagnosed with OMS in June 2017.

We are all doing our best to keep him as healthy as possible.  Yet, things happen.  Sigh.  This condition sucks but God is bigger.  I choose to keep my eye off the storm and onto the cross!

Not Without My Daughter