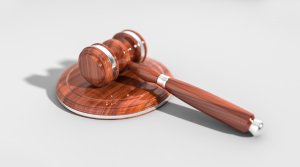 The above graphic on Becoming a CASA Worker might give you an idea of what one does. A CASA worker is a volunteer program, for the most part. Social workers are tired. They are overloaded with work and laws that do nothing in the grand scheme. It is sad. I have known (and know) some fantastic social workers. Then, I learned about some “out for blood” people that turns people away from this critical work. Social work is a thankless job. Honestly, I respect these men and women going in and trying to do their best to help these children.

A CASA worker, again, is a volunteer job. When I was a worker, it was about nine years ago. We were waiting for J’s adoption to go through. I needed something to feel like I was doing something to help someone.

There was a lady that I answered. We had meetings and classes. Also, I would go with her to court and observe to see how things were handled within the courtroom. I have never been one to shy away from a courtroom. They are peaceful to me. It can be frustrating when you see something so clear and then another decision is made by the judge. Once done with the classes and following my boss, the judge swore me in. Then I was able to testify if needed.

I was the voice of the child. That is the whole point of being a CASA worker. We advocate for the child. Sometimes you take the stand, and sometimes you don’t. Each person has someone working for them and being their voice. There are the attorneys (for both parties and the who represents the state), guardian ad litem (who represents the child as their attorney), social worker (works towards reunification and closely with the parent(s), R&C worker (the foster parent’s advocate), and a CASA worker (the child’s advocate).

It sounds intimidating, but it isn’t.

Yet, it is a responsibility that you have to take seriously. You must look at the part, behave the part, and know your stuff. There was a situation where a particular social worker, who didn’t care for me, put me on the spot. It is no great secret there was no love loss between us, but I tried to remain civil. She had a hard time with that and refused to take the stand. She said I “knew it all” and would handle it.

Well. He called me up to the stand.

I handled it in direct opposition to how this worker wanted it handled. This is not a sparring match between two people who can’t play well together. Honestly, this is about the child(ren) and helping them keep their core family together if we can.

I Loved the Job

I would have done this permanently had J not been with me. When he came home, he was my 100% focus. Maybe one day, I will get back in the groove. I’m sure things have changed in the last eight years. So, you should call your local agency and find out what you need to do to be a CASA worker. It is worth it.

We are not all called to adopt, BUT we are all called to do something. Is this something? Shadow a worker and see if what they do fits your idea of what a CASA worker does. Seeing positive family reunifications is so rewarding. You will see other things that will hurt your heart to the core. Yet, we are placed in that position for a reason. Spread the love of Jesus in all that you do.

If you have any questions, let me know!