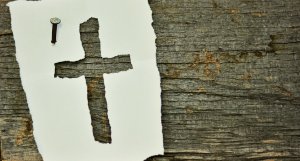 She’s Gone, Now What Do I Do? Honestly, what am I supposed to do now?  Over a decade of friendship and now, aside from your son and the children, you are all gone.  This ache is deep and my tears flow freely at any given moment.  It is so strange knowing that you are gone because that is not what we talked about.

It has only been a few days but I miss you.  We would chat, most nights, until about midnight about all the things.  I would watch my car detailing videos, mute, and tell you about every detail.  Then, we would discuss the children and what they were doing.  We would fix the world’s problems and now I don’t have anyone to talk to.

I have always wondered is it best for others left behind for a loved one to die quickly or to *know* that they are dying so you can say what you need to.  Honestly, I have experienced both ways and they both suck.  For me, they do.  The ones who have passed well, as a believer, once your eyes shut on Earth, they open in the presence of the Lord.

Anger is secondary to fear and/or sadness.  My fear was knowing how my husband would react to the words said to me.  My sadness was knowing what the outcome was going to be.  It was an outcome that I never wanted but was necessary in order for my husband to heal.  Yet, the pain that came in the morning was devastating.

A Small Amount of Time

This time, however, I have known of “not feeling well” since February or March.  What started out as vertigo and back pain ended in death.  Something so treatable as those 2 things.  Doctor visits yield Meniere’s disease, possibly.  Could be allergies.  Maybe it is stress.  Go to the chiropractor, get some blood work done, blah blah blah.

Those things led to not being able to keep anything down and losing weight.  Energy waning.  Speech slurred a bit.  Upset stomach and passing out.  She was “forced” to go to the ER where they said, “your electrolytes are low and you are dehydrated.”  Well, let’s pop in an IV and get that up.  For a moment, she was better.

Until She Got Worse

That moment was fleeting and we all tried to convince her to go to the doctor again.  This time they did x-rays, co-vid testing, and blood work.  There were bacteria in her bloodstream.  I remember her saying that.  Then she said, “good news, I don’t have covid!”  A sigh of relief.

Then silence.  She said, “but they found a mass on my pancreas.”  My heart went into my throat and I asked if it was cancer.  She said she did not know and she had an appointment with an oncologist on October 7th.  This was the day after her 61st birthday.

When I Got to Her Place

I walked in and there laid a shell of the woman I was used to seeing.  She had lost so much weight and was so jaundiced, I knew that this was serious.  I walked over and laid my head across her chest.  She patted my head and said “Brandi, I’m going to fight this.  It’s going to be okay.  I’m too mean to die.”

I snuggled up with her on the couch and we talked about all the things.  Once again, we solved the world’s problems.  I came by almost daily to check on her and the children.  At night, I would call.  Then she went to the doctor on the 7th…she said they called in hospice.

I came over and we started talking about other things.  Things neither one of us wanted to talk about.  Funeral homes, flowers, plans for her grandchildren and son.  She kept saying that this was all pointless because she was going to get a second opinion and fight.  This woman fought to the very end.

Most days she would ask me to “take her feet apart.”  AKA rub her feet because that felt SO good.  Then she would want me to play with her hair.  Somedays, I massaged her stomach because the swelling was so much that she said it helped her feel better.  Other days, I would just curl up next to her.  Sometimes we would nap and other times, she would nap and I prayed.

The Night at the ER

She finally could not take the pressure and swelling of her belly.  So, she asked me to call an ambulance just to have her checked.  They got there and the stress of moving her caused her to pass out.  We all thought she was gone and rushed to the ER.

Her son and I got there before the ambulance.  They wheeled her out and she cut her eyes at me and waved.  I crumpled in the parking lot.  It was like all the air being let out of a balloon.  Her sisters were there and we all rushed in.

The Beginning of the End

I knew that night, that she would be gone soon.  As I sat by her bed watching her breathe, we talked again.  She talked of her salvation, her husband, and her daughter that died before her.  David died 5 years ago of cancer and her daughter died 2 years ago by a choice that was horrific for her family.

She said they were standing up there going “oh hell, here she comes!”  I told her there was no swearing in heaven.  We both laughed a bit and then the topic got more serious.  She knew there was no fight left.  It was a matter of time and that time was up to God.

Then, she looked at me and said “who is going to keep you out of trouble?”  I just sat and cried.  She said, “wanna crawl up in this bed, there is room?”  If I could have, I would have.  I told her we would get in trouble and she said she didn’t care.  She begged to go home.

We Got Her Home

Home.  She was not Donna anymore.  There were moments when she would focus, but we all knew the time was coming.  That time came…my Donna was gone.  Once again, I walked in and laid over her chest, and cried.  I listened to the wails and sobs of her son and grandchildren.  Her sisters.

I haven’t even fully processed it all but today is her funeral.  Everything changes for everyone.  Life never stops moving, does it?  I feel lost and go to pick up the phone and realize, there is no one to call.  Oh, Donna.  It wasn’t supposed to be like this.  We talked about that, remember?

Save Me I am Drowning

Mourning a Loss a Year Later