Our Story of Falling in Love and Adoption 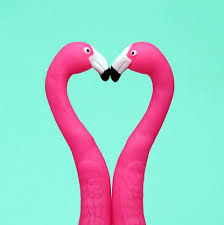 My husband and I met in the spring of 1993. We quickly fell for each other. I remember walking into the game room, where we both worked, one evening before school started. There were people lined up at the counter and I saw this man….in these faded blue jeans….with this butt…that made my heart pitter-patter. He was tall and eyes that were the color of the sky. He had a hat on, so I did not know what color his hair was and I noticed his bottom lip all stuck out because he was chewing tobacco. I fell in love and I did not even know his name. Swoon………….

At any rate, that is the year we met. We were engaged by the fall of that same year and married in June 1994. When we were talking about our life, I asked him how many children he wanted. He stated that he wanted one, maybe two. I stated that I wanted four. I also told him of my desire to adopt and he was NOT for that, at all. He felt he could not love a child he did not see grow in me. I decided that I would let God deal with him on that and I was going to stay out of it.

Fast forward 22 years later and we did not have one, two, or four kids. We were blessed with 6 children. We have three children who were born “under the heart” and 3 children who were adopted. We have adopted from our local foster care system and to add the icing of the cake of our family, we adopted from Africa. All of our children were “older” child adoptions. The Lord changed his heart in a mighty way.

There was a day, back in October 2015, that I was in the bathroom and I was thinking to myself (and yes, I do speak to myself….and I answer myself). The prayer that was lifted up, that day, was one of thanksgiving. My heart has always yearned for my children, but we could not have anymore biologically, we could not from our local foster care system because our home was deemed “full”, and we could not adopt internationally because of finances.

We had had two, separate, opportunities to adopt privately, but the birthmothers made other choices and now those babies are with Jesus. There was nothing more to do. My quiver was full. We had 6 kids. Our oldest was in college, our second was finishing up her high school year, sprinkle in there some behaviorally challenged kids, and a hearing-impaired kid…oh, and homeschooling them all…and our life was complete.

While I was in that bathroom, that day, I uttered these words “Lord, I finally am content. I’m content with myself, my life, my family size, thank you for finally giving me that peace about being finished bringing children into our home.” I can imagine God, upon His heavenly throne, chuckling at my “contentment.” He was fixing to throw me a curveball the size of Montana. Almost immediately after my revelation, the phone rang. It was my oldest sister, Kim.

I was surprised at her phone call on a Saturday morning and instead of saying hello, I asked her what was wrong. She was panicked and straightforward. She and her husband, Joseph, were out of town and there was an emergency with two of her grandchildren. Her request was for me to get to where they are and keep them until she and Joseph came home.

Well, she did not have to ask me twice. My husband and I loaded up our kids and we drove separately, as to have enough room for everyone. We got to where the children were and there they stood, amongst complete chaos and sadness.

I plastered on my “it is going to be okay” face and I whisked them off to Bob Evans to eat. They were filthy and incredibly hungry. We made our way to the bathroom and I cleaned up their precious little faces. We sat to eat and boy did they eat. The rest of the weekend was much like my very own three-ring circus. There was some damage control, lots of hugs and kisses, snacks, movies, rocking, and soothing their weary little souls.

We made it to church without any incident on that Sunday. My sister came back into town that afternoon to pick up the beauties. Their world was fixing to shake and they needed that solid foundation of my sister and Joseph. Oh, do they love those kids…gracious.

After they left, I looked around at the carnage of the house. There were toys strung from here to high heaven. Clothes, barbies, shoes, Polly pockets, animals, trains….anything and everything we could find made an appearance and it was spread all throughout my living room.

There were half-eaten sandwiches, purses, stickers galore. I plopped down on the couch with a sense of accomplishment. We all survived. I was pleased I could help in this hard time, but I was so glad that my sister took over.

Again, contentment. Again, pleased with feelings of peace. Again, God laughed. Again, He rocked our world. Only a few weeks later, our family…..remember…Bart wanted one or two and I wanted four? Remember how we ended up with three biological kids….and then five….and then six…and then done?

Well, we added our seventh child, 21 months (let that soak in…I had not had a toddler in 9 years and I am over 40, people!) sashayed into our home. He had beautiful curls, with these green eyes. He was nonverbal and loud. Holy moly he was loud. We took in my sister’s other grandson…her youngest grandbaby.

The Reality of my Nightmare