Processing Dancing with a Porcupine Part 2 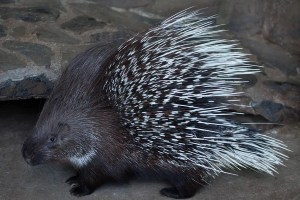 Processing Dancing with a Porcupine Part 2. Here is another quote by Jennie Owens “deeply wounded children push others away so no one else can get close enough to hurt them ever again. After being abandoned so many times, they reject you before you have the chance to reject and abandon them. In an effort to protect themselves, they especially push away the primary caregiver, and he or she becomes the target of their anger. They try to prove they don’t deserve love or anything good because they believe this about themselves.”

I can’t say this is true for all my kids born in my heart, but for 1 in particular. It was from the moment we said “hello” that it was game on. After reading the backstory, learning as much as possible, and asking questions, I finally understood.

This particular child’s bio mom told her, at a VERY young age, that if this child were really bad, they would give her back. Of course, as sane-minded people, everyone that heard that knew it was a lie. Granted, bio mom could have gotten her child back had she followed the plan. She didn’t want to do that. That was entirely in her control, and she chose not to do anything on the plan. The courts’ hands were tied.

Yet, that statement carried with this particular child, and it was taken to the nth degree with many homes before our home became the final home. So because I never gave up, 99.9% of the anger and behavior were saved for me. Outside of my house, this child was “perfect and unscathed.”

I seriously wanted to smack people upside the head when they would say that.

Not Getting What was Wanted

This child wanted the nuclear family that left—a mom, dad, grandparents, and siblings. Honestly, every child wants that. Again, these kids are going through everything they have ever known and living with a stranger. How scary is that?

Eventually, some key people began to catch onto the actions of this child. That caught the eye of therapists, the school, doctors, people at church, and family. We did everything that was required of us (as foster parents and then adoptive parents) within our grasp. We wanted this child to know the world was just waiting and what a powerhouse this child could be.

That’s not what was wanted.

These are words that this child would say how the darkness would consume this child and make this child feel bigger, stronger, and more powerful. Yet again, this was only directed at me. There were times when this child would “slightly” hurt someone younger when no one was looking and then be the one to “rescue” said hurt child. That was an aspect of life where we had to rule that an adult always had to be present for safety purposes.

Most of the hate was thrown my way, and it was always my fault when things didn’t go as planned. This child was trying to get me to change my mind. To fall out of love, get rid of, or return this child to the nuclear family that was so coveted.

My sanity was giving out, but my persistence paid off. Sadly, this is more common than not, especially when choosing older children. It feels impossible, especially when you do not have a support system.

“Sabotaging her own success at times and keeping herself out of an uncomfortable situation at other times, Brianna complained to others that we didn’t give her enough freedom, even though the situation was of her own making.”

I could write an ENTIRE BOOK on that statement alone. Yes. Yes. Yes. All we (Bart and I) ever wanted to do was give more yeses than nos. Can I have a snack cake for breakfast? Yes. Can I go outside and ride my bike? Yes. Can I have a sleepover at XYZ’s house? No. Honestly, this is why we don’t need to do sleepovers, but your friend can come over and play, or if it is okay with the other parent, you can go and play for a couple of hours.

We wanted the yeses, understanding that sometimes we would have to say no. Sometimes, I could give a reason. That reason was never accepted and would always end up being a constant argument, discussion, and pout session. Then, there were other times when this child (or any child) didn’t need a reason. We are the parent, and this is a rule, and we have rules to keep everyone happy, healthy, and safe.

One child would state that they would get “so excited” that that is why they self-sabotaged all good things. We had to parent differently, and I wouldn’t say I liked that, but it was for the betterment of a child, two or three, and so on. We would extend a privilege and then get a phone call later stating what happened and that we needed to come and get that child. From that point on, my child wasn’t welcomed.

We would distance ourselves from the entire event, family, church, etc. Yes, this child may have screwed up, but if you took the time to get to know this person and maybe the smallest of background info to help you understand. Perhaps it would have been different. Where one of us is not welcome, none of us are welcome. That’s how we lost a lot of friends, family, and churches. Even if these people had a legitimate reason, they did most of the time. They couldn’t see past that event and show grace and understanding.

My family didn’t fit into the mold of what most people thought we should fit into. My kids lost out on many things, standing up for this child. I know they have resentment, but I also know they have resilience. These things were created in their compassion, refinement, tolerance, and love, even though they sucked during that time.

But this blog post is getting too long. There may be many parts to this because I want to bring awareness where there may be no. Part 3 is coming soon! Promise to keep them shorter. If you want to check out the many children in the foster care system, please go to Adopt US Kids.