Processing Dancing with a Porcupine Part 3 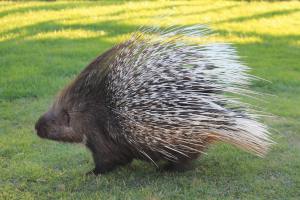 Processing Dancing with a Porcupine Part 3. This book is packed with so much that I am rereading it to pull out all the gems that will help ME process the last 16 years. “I found myself jealous of the other parents and embarrassed at being the only one having to supervise her elementary-aged children so closely. I didn’t know at the time that my children were going through a very normal phase, just not at the typical age.”

Can We Just Talk About the Jealousy?

I had it in spades. It wasn’t so bad when one of my children was younger because my kids all clumped on me when we would go out anywhere. The problem began when they hit pre-teen ages. There would be events at church. I would send my kids.

My husband was fixing to have a scope done on his knee. We were at church that Wednesday night. Wednesdays were hard because one kid would consistently start something with someone and have to sit by us at the church meal (again, reference the above quote).

We were working with this child’s nutrition to see if it would help with behaviors. We started by cutting out sugar. Now, did we announce this to the world? No. If she had something another person didn’t know, she shouldn’t have. I mean, what are you supposed to do? It isn’t the other person’s fault. The child is manipulative and can sell ice to an Eskimo.

Going through the supper line, this child didn’t get dessert, but her face said she was dissatisfied with that decision. So, we all sat down, and again, the ladies came by to offer more food, and again, there was the look of “I can’t have that.”

I could have explained to these ladies, but then I thought, “ya know, they don’t live in my house, we are the parents, and I don’t have to explain the choices we make for our children.” I guess they disapproved of me not defending our choices.

Unknowingly to My Husband or Me

Things were brewing, and we were oblivious. Our pastor came to us and said he needed to talk to us after service. We thought that he would pray over us before the procedure because he knew about the scope.

He came into the room and proceeded to tell us that the supper ladies were very concerned about how we parent this child. Also, how wrong it is of us to deny this child dessert. They were looking for reasons to call CPS because she always looked sad that we must consider how we present ourselves as parents.

Wisdom on My Part

I got up and walked out of the room. At that moment, I knew I would say something that would not be kind. I was done. Sadly, this was the second church we would have to leave because of the assumptions of the “holier than thou” people.

It must be pretty hard to parent two typical children and then sit back and judge a family who has 7 (this is the same church that told us not to go to home groups because there were too many of us). Again, zero support.

I took a moment, then I used my words and discovered the two spearheads orchestrating this intervention. They demanded that we sit down with them and tell them the stories of my kids.

There was no way, on God’s green Earth, I was going to do that. My kids’ story is THEIR story to share when THEY want to share it and IF they want to share it. I refused to share the pain and what we were doing to help our children be the best version of themselves they could be.

We stopped going to home church and Wednesday nights.

The associate pastor called me, and we met and talked about what had happened. He was mortified. He helped with suppers on Wednesday night and was blindsided by what the catty ladies and the two spearheads were discussing (us and not the menu). He cried. I cried. He brought in one of the ladies he had already spoken to, and she half-assed and apologized to me. The other lady still demanded me to tell her their story. She cornered me in every area. I told her that she needed to remove herself from my space or it would not end up well for her. I was furious.

Only because of my Lady did we ever darken to the doorsteps of that church on Wednesday night. The pastor (ugh) also offered to take one of my children to his house for, I think, his daughter’s birthday or a get-together or something. Well, he called me and needed me to COME AND GET this child because my child was doing what she does best at the time and was causing conflict with excessive obsession. Too much for a bunch of 12-year-olds to handle. I get it.

He apologized for not ultimately seeing what we had been trying to convey to him for years. I appreciated that, but the damage to my family was already done. I stayed for the associate pastor and my Lady.

Filling in the Gaps

“Wounded kids needed to fill in the gaps in their childhood…acting out their emotional age.” Yes, yes, yes. When my kids were younger, though they were 6 and 2.5 years old (even my 21 mth old), we bought them diaper bags. We filled them full of things that one would buy for their newborn babies. I took my little pictures and made them a baby book (we also had a memory book for each of the foster care homes they were in). I asked them if they wanted me to put the information in the book like I had given birth to them or to try and fill in the book with what I knew about their birth mother. They both chose for me to fill it out like I had given birth.

We swaddled them, rocked them, sang nursery rhymes, fed them with a bottle, and had pacis (if they asked). Most every night, we would have two newborns at the ages of 2.5 and six years old. We were trying to help them feel like they belonged, were wanted, and loved. They would ask to do these things often, and we always tried to oblige.

When you talk about emotional age, I had a child who was 6, and emotionally she was 3. My 2.5-year-old was emotionally a newborn. It is and continues to be about 1/2 their biological age. You have to account for the diagnosis of each child and the age when the trauma started.

“Neither child displayed an ounce of stranger danger, a trait very common to children with attachment issues. Both kids would walk right up to a stranger and stand very close to them as if they were family. If we were present, the kids would stand closest to the strangers and as far away from us as possible. Someone walking into the situation would have incorrectly assumed the kids belonged to the stranger’s family. It was stressful trying to keep them safe.”

One child was pole dancing to the song Jesus Loves Me in the Sunday School class. The teachers freaked out and asked where she learned that. She said, “my mom.” At the time, they did not know us and didn’t know that we had adopted these children.

I often would find my kids in the laps of older men that I didn’t know. When I tried to talk to the teacher or person about boundaries, they got offended, and the pastor (the first church we attended when the kids came to live with us) cornered me in the stairwell and screamed at me for being such a horrible person. I mean, screamed. Though I kept asking to go to his office with my husband, he refused and continued to berate me.

Another child would show up, at a ballgame, with a wad of gum in the mouth or candy. I would ask where it came from and all that was said was that stranger over there. I’m like, “WHAT??!!” This child had no clue that this was not safe.

These children are taken from all they know. The smells, tastes, sights, and familiarity plopped into a home where they knew nothing. These children were moving in with a stranger. They are asked to fit in, not cause ripples, and blend in with strangers. It makes sense always to seek comfort from a stranger. That’s what they were asked to do. Trust a stranger, and now we are telling them NOT to trust strangers. How difficult must that be for a young child?

Honestly, it all just sucks. Free-will sucks. God is still good and has a plan and a purpose for all things under heaven. I have to choose to have hope and believe that one day, either here or in heaven, all will be healed, and my family will all be reunited.