Processing Dancing with a Porcupine Part 4 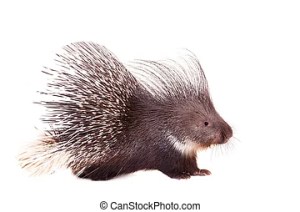 Processing Dancing with a Porcupine Part 4. Hahaha, I am only on chapter 3, LOL. There are 24 chapters in this book. Sorry, not sorry. Here is the quote that I’m starting with “Parker insisted we listen to his constant chatter, becoming frustrated if we didn’t listen to every detail of a book he wanted to describe. He asked silly questions to which he knew the answers and insisted that I answer each time. When I didn’t, he either tried to pull me into an argument or threw himself on the floor in hour-long temper tantrums and wailing meltdowns. If I sent him to his room, he threw and kicked things, screaming at the top of his lungs, sometimes for hours. I thought the screaming would never stop.”

It became a running joke as to whether one child had hit the day’s word count. We learned quickly to selectively here and nod our heads a lot. Doing this kept the peace and didn’t cause chaos. Every once in a while, something would perk my ears up. I had tuned into hearing things said to others and then confronting her about what happened? Confabulation. Though I was aware of what was happening, occasionally, it would still pee in my Wheaties, and sadly, I would react.

I Can’t Control the Actions, but I Can Control My Reactions.

I need that tattooed on my forearm. Also, I need a pillow with a needlepoint of that statement. Honestly, I need to see it all the time. Reacting to an event is awful.

The chaos that would ensue was awful. Therapy was not helping, and medication wasn’t helping. We tried to ensure there was always water and protein to help stimulate and calm the brain.

I have since learned that it didn’t just affect the child. It affected all of my children. They just chose to be silent and not use their voices to express their fears and sadness about what was out of their control.

That hurts a mama’s heart. They were trying to protect me and not add more stress to their dad or me. My kids are resilient and unique. Our family was not equipped to handle the mental illness of this child, but there was NO help, NO advice, NO support. There was love, grace, forgiveness, and mercy, but when someone doesn’t want that, you can’t make them take it.

I need to marinate on this because it is so accurate. I tend to own all the choices my kids have made and live in the shame storm. Shame means I am bad. Guilt means I have done something bad. I lived in the shame storm, but I couldn’t figure out why I was there and how to get out.

I will forever apologize to my kids for failing them (in my eyes, not theirs). I should have always chosen to control my behavior. I often did manage it, ignore it, walk away from it, selectively hear it, do spot damage control, and other methods. We were not the nuclear family this child wanted. I was punished for what I wasn’t and would never be. I was punished for choosing this child to be a part of my family.

Learning as We Go

“I wish I had better understood their young emotional age. Much of my frustration came from comparing them to other children of the same chronological age (or even sometimes much younger). I would look at my kid and think, ‘This child SHOULD be able to do what I’ve asked,’ or, ‘They SHOULD be able to play by themselves for one minute.’ I had to learn to let go of “should” because many times the kids simply couldn’t do what I expected.”

Never, never compare your children, born in the heart, to other children from their nuclear family. Never. That is a recipe for disaster. When things escalate, I think, oh, I’m now parenting a 9 yr old (when they are 18). Children who have come from trauma tend to look their biological age and, on a good day, mostly hover around that age. When they escalate, they go 1/2 their age (from 18 to 9). When things are beyond coming back, you are at the level of when their abuse started (for the example provided, that would be 2.5 yrs old).

So, your 18 yr is having a moment because they couldn’t remember after being told numerous times to feed an animal. They throw a fit because you start asking more sternly, which shoots them to 8 and 8-year-old behaviors (stomping, slamming doors, etc.). You tell them to stop doing those things and get on with the task. Mistake. Now we are parenting an 18 yr old 2.5 yr old. Time-out or time-in is all that works.

It always ends in tears and apologies.