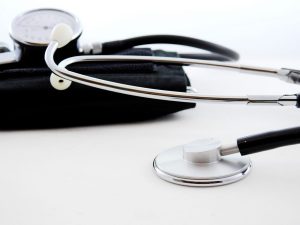 The Lost Art of Effective Doctors. I always go into an office with new hopes and new challenges. I hope I take my kid into the office and get something valid. Anything, really, as long as it is a concrete diagnosis. One child went to seven hospitals to finally land a final diagnosis. Another child has had a slew of issues. Sadly, life is not much different after almost a year. We have seen four doctors in two hospitals, and have been about eight things. It’s super fun to be talked AT and not talked TOO.

I am listening to Broken Vessels by Hillsong right now, and it is striking a chord within me. So many days, I feel like a shattered piece of glass. Once, I was a beautiful crystal vase. There was a purpose for my existence. I held water and beautiful flowers and made people happy. Over the last 5 or 6 years, my beautiful crystal self has been shattered and is in a million pieces. Some pieces are large enough to glue together, though the cracks still show. The rest is just dust. You can’t put dust back together.

That analogy is one I hold close to my heart and I think of often. It comes from a movie, Joshua. Joshua is an old movie, but it is important in my life. Man cannot take the shards and dust of my former self. Yet God can handle all of those shards. He can craft something unique and different. This creation has a purpose and is worthy of being displayed.

I have to drive to Louisville tomorrow with my sixth child. We are going to Norton’s Hospital to see if we can figure out what is wrong with him. I have PTSD with this drive, the hospital, and the doctors. Sadly, it is hard for me to explain.

That is the 3rd place we took my 7th child to when he was finally diagnosed with Opsoclonus Myoclonus Syndrome. It has been three years, and it feels like yesterday to me. I can recite that first year like I am reading a book. It was so traumatic. Hearing the words “take your son home until he succumbs” haunts me.

So, tomorrow, I have to look down the barrel of that gun again with another child. The anxiety floods me by waiting, wondering, listening, and being talked to instead of being talked with. I feel like my vase is being shattered all over again.

Being alone, feeling as if I’m navigating this all by myself. I am harboring feelings of hurt that my husband wasn’t with me though I know he had to be here to take care of our other children back then. Logically, I know that. Yet, that anger is still within me.

Anger is secondary to fear and/or sadness. I fear allowing myself to be vulnerable or showing too much emotion. Honestly, I am afraid of asking the wrong things, feeling stupid by the “professional” doctors, and seeing that one that said my other son would die. Sadness. I feel sad because I do not want to have another child with another “super rare” thing.

I know that Fear is a Liar.

For real, I have the shirt that says that. Hahaha, I’m listening to praise and worship on Youtube while writing this piece.  Fear is a Liar just came on the channel. Wow. Just wow. Yet, here’s the thing. We have been to see one doctor for his sleeping issues. We got there and did EEG, MRI, Sleep studies, bloodwork, etc. He was diagnosed with Idiopathic Hypersomnia.

In checking him for Transient Alteration of Reality, this doctor “accidentally” stumbled on Epilepsy. So then, he was diagnosed with Generalized Epilepsy with Gelastic Seizures and Absence seizures. He referred us to another neuro that works with teens for his Epilepsy. This same doctor would handle Idiopathic Hypersomnia. The doctors did nothing else. There was no education on anything.

We got to the other doctor and did more bloodwork and another EEG. That showed that he constantly had seizure-like bursts. So he changed the diagnosis to Juvenile Myoclonic Epilepsy with Gelastic Seizures, Grand Mal Seizures, and Absence Seizures. Prescribed meds. No education, wait.

The first doctor “treats” him for IH but, in reality, does nothing. I mean, quite literally, nothing.

Alrighty then. The nurse practitioner spent 1.5 hrs with us. Now, we have information overload.

She throws around words like ESES, LKS, CSWS, and our heads are spinning.

“Can you wake him up when he falls asleep?” Uhm, no. It usually leads to an extended episode where he makes funny noises, fists, and stiffens his body. “Oh, those are grand mal seizures without the convulsions.” Oh, well, okay then.

UPDATE to say that what he was experiencing with the sleep episodes are not seizures. They are called Functional Neurological Disorders. A blog post is coming soon about that.

I am thankful that we were able to get into the hospital. Also, the doctor I need to see is the one on call, which is a positive. I am prepared. Big Daddy cared for little things like snacks, fixing my tire, and filling up my tank. Also, I’m thankful I have therapy tomorrow because I will need to use my words.