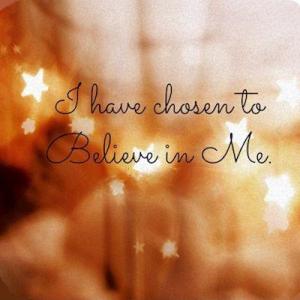 Here we are, Spotting the Zebra. Dr. Ehert has been so good to us. So thorough, and she even fielded questions from my sister, H’s grandma. She wanted us to be discharged to Frazier Rehab, across the street, for an indefinite time.

I want to go home, even for just a night.

I realized I needed to see my kids, my kids needed to see me and H. I needed my shower and my bed, even if it was just for a few hours. We had declined the offer to go to Frazier, and I set up speech (he had lost some of his speech), Occupational therapy, and physical therapy. If the doctors were not satisfied with his progress, we would go.

The Hospitalist said that there were really no more tests to run and that we could go home because A) they had no clue what he had, B) there were no more tests to run C) I begged. So, without a diagnosis., we hustled and got out of that hospital. We drove for about 3 hrs and then my phone rang. It was Dr. Ehert. She said that we left without seeing her. I explained that we saw Dr. Bhalla (her fellow) and that she cleared us to go.

Then there was a pause.

She asked me how far out of Louisville we were. I told her I was about 3 hrs from there and a 1/2 hour from home. She explained so gingerly that one of his tests (1 of about 200) came back positive and that we needed to turn around and get back up there to start steroids. I asked her how urgent it was and if I could go home for a bit, and she was hesitant.

She said the sooner they start it, the sooner he could get better. The treatment was to last for five days. She never mentioned a diagnosis, but her voice had a definite concern. I told her that I was going home. There were things I needed to do like getting a shower, seeing my kids, and sleeping in my bed. Ultimately, I would be happy to leave in the morning as long as his life was not in danger. That is what I was going to do. I had to mentally prepare myself to be up there for that long again.

We got home, and it was sweet.

He was so excited to see everyone, and everyone was excited to see him. I jumped in the shower and blew off all that nasty hospital funk. It was glorious. I slept so well that night. About 9 am the following day; we headed out again. I felt more prepared. I knew what to pack and was mentally ready. We got up there, and we could bypass the ER and go to quick admitting. They were expecting us. We met up with the beloved IV team again, and we got an IV started for him and Superman 🙂 They told me they would give him high doses of steroids for the next five days.

Steroids are supposed to make you eat and make you a bit irritable. I could not get this child to eat anything. He wouldn’t even eat a cookie. He did sleep some, but it was restless. After three doses of steroids, he could stand on his own and maybe take a step or two. His tremors lessened. His voice was not as shaky, but his eyes were everywhere!

Phone Call from the Beach

Early the following day, at 1 is, I finally shut my eyes for a moment, and it comes to the nurse. She said that I had a phone call. I think, “who on earth is calling me, on a nurse’s cellphone, at 1 am.” It was Dr. Puri. He is a pediatric neurologist who was calling me from Myrtle Beach. I asked him why he was calling me while he was on vacation, and Dr. Puri said he wanted to ease my nerves.

He is a phenomenal doctor. I have been told that he is well-loved and well-educated and has seen some bizarre things. There was an assurance that there was no worry of childhood MS, which is what I thought he might have because of his symptoms. He said because no lesions were found anywhere. It is doubtful that he has this, he said he believed it to be another autoimmune disease, and he assured me that they, as a team, would figure it out.

In comes Dr. Sweeney. I came close to dismissing him because he looked at my son’s age. I thought that he was a youth volunteer. He said that the team had assembled and discussed our case. They wanted to run more tests but felt pretty confident in the diagnosis. He kicked every other doctor off the case because this was strictly a neuro case, and there was no need for a bunch of Drs telling me their opinions and interrupting our day when they didn’t need to.

We did another MRI of his brain and spine (with contrast) and another CT scan of his chest, abdomen, and pelvic region. They knew what they were looking for now. We did a follow-up urine test, and they “attempted” to draw blood while he was asleep…6 sticks later, they still could not get enough blood. At that point, I put my foot down and told them that if ANY IVs or blood draws were necessary, ONLY the IV team would do this for me.

All Tests Were Normal

Once all these tests came back (normal, I might add), Dr. Sweeney stopped the steroids (he had had eight doses of them), and he started him on IVIg (immunotherapy) for about 6 1/2 hrs. He said when that was finished, we could go home. There was nothing else for them to do or any more tests, at the moment, that they could do. I could do the same thing here as they could there.

They did want me to take him to Frazier for a couple of weeks. I explained that we already had therapy and equipment in place, and they were satisfied with that for now. We would readdress it when we came back for our follow-up appointment. All tests were clear except for high pressure with the spinal tap, and that test was positive for Oligoclonal Banding.

Dr. Sweeney captured the rogue zebra in a not kind of way. He thought that he had misdiagnosed him with OMS. Sadly, he felt he had Spinocerebellar Ataxia. SCA is confirmed through genetic testing. Whereas OMS is a clinical diagnosis. It turns out that he does not have SCA, and he does not have ATLD1. We are back to the OMS diagnosis.