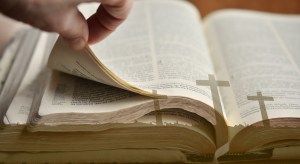 The Prophecy and The Call. Last December, we were at church and getting ready to worship. We have been church hunting for a while and landed on Christian Fellowship. Honestly, we knew the pastor and his wife, as well as a few families. We had not been going very long, but it was different than what we were used to attending. This was originally written on June 21, 2017.

Before service started, there was a welcome, and then our pastor called up a man because he had a “word” to give some people in the congregation. We have learned that this is somewhat normal but still very abnormal to our family. We were not used to that. So, we sat and watched this man pace back and forth in front of the congregation.

I am a people watcher/reader, and the thing that caught my eye was that he never opened his eyes when he was pacing or talking. He kept touching the insides of his hands. You could tell that he was uncomfortable but obedient. He said that he had had this word from the Lord. Also, he wanted to make sure that it was from Him and not from this man’s flesh. However, he realized through his sleepless nights that this was from the Lord, and he had to be obedient.

He said he had a word for someone in the congregation, so we sat, listened, and watched him pace. He made his way down the aisle we were sitting on and stopped in front of Big Daddy. I felt like all the oxygen had been sucked out of the room, and my mind was whirling. He asked Big Daddy to stand up. I looked to the altar, where our pastor was standing, and he gave me a look, a nod, and a smile that it was okay.

This man, whom we had never seen or met, told Big Daddy to hold onto his hand. Big Daddy is not a tiny man, and his hands are ginormous, so when he stands, he is noticed. This man said that the Lord was telling him to “Hold on. Hold on tight to the rope and do not let go. To trust and hold on tight.” I felt an energy move through me, and tears flowed freely. This was strange because I don’t usually cry or get swept up in my emotions. The moment was fleeting, but the air was thick, and I knew, in my soul, we were in for a ride.

Come the beginning of 2017, so many things happened.

My daddy had quadruple bypass surgery. Then, my niece was sentenced, and my nephew was close behind her. My daughter went to military school due to her behavior. Also, we had a family issue involving another baby that was devastating. Oh, let’s not forget my oldest daughter called off her engagement. She was downsized at work. We were also fighting with insurance companies for my son’s needs surgery. Add that to my Lady getting sick. Then, the straw that broke the camel’s back happened. We were reminded to “hold on” throughout the first six mths of 2017.

Big Daddy and I tried hard to win a case during the incident involving a family member. It was simply out of our hands. We knew what we could do to help the situation and were willing, but it was not our call. As I spoke to a friend, she said I needed to “hold onto hope.” She also noted that the Hebrew meaning of “hope” is “rope,” so hold onto the rope. I caught my breath, texted her back, and asked her who had told her that. She said it was a word from the Lord to me. I asked her if she knew the man who had said the same thing in December, and she did not know him. That is twice the Lord has said to “hold on.” I felt like we had held on pretty well.

Then the call came. My sister called me on Tuesday, June 6, 2017. Now, she rarely calls me on a Tuesday. We’ll talk on Monday 🙂 I asked her if everything was okay, and she said she woke up to an odd text. She said it was from a friend, a former neighbor, that she used to walk with around her neighborhood. That friend said that the Lord placed my name on her heart and that she was praying for me. I have never met, spoken to, or even seen a picture of this woman. She knows me from what my sister had said, and I’m sure I wasn’t the topic of every conversation, although I am awesome like that. I told my sister I did not like that, and that meant that something was fixing to happen. My sister told me to take it as a blessing, but I was unsettled.

After he got sick, H and I spent almost two weeks in the hospital. I missed my family, was tired, and was over it. The doctors had told me 1005 things, and none of it was good. Thankfully, one day, my sister (H’s Mamaw) came up to give me some respite on MRI day.

She came in and handed me my flatter than a flat pillow, my granny’s quilt, and a gift from my daddy. Again, I am told to “hold on” in some form or fashion. I carry that with me to this day. It reminds me that my heavenly Father and my Earthly father love me and know it will all be okay!

1 thought on “The Prophecy and The Call”