Did You Even Know? 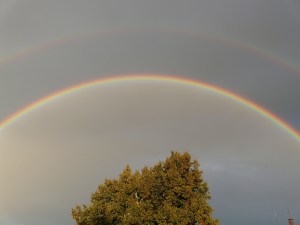 “Did you even know that you were looking at a miracle?”

That statement was said to me, at the chiropractor’s office.  In the midst of my self-imposed chaos, that statement made its way from a gentleman’s mouth to my ears.

I just sat there, with my mouth open and tears flowing.

Not exactly how I had planned my Tuesday more chiropractic session.

CHAOS stands for “Can’t have anyone over syndrome.”  That was my Tuesday morning.  I could not remember who I was supposed to bring to the chiro, so I just brought everyone.

It just seems to be easier all the way around, somedays, and today was a someday for me.  As we all filter in, we are easily identified and signed in without me having to do anything.  Hunter knows the ropes and he has all the ladies there swooning, so he did his whole “hello?  excuse me?  lady?” bit and Whitney comes around the corner and swoops him up.

Before she took him back to do his “office work,” she asked if she could introduce him to the lady behind me.  That lady happened to be Ms. Whitney’s mom.  However, Hunter is always so syrupy sweet when he meets people.  Amazingly, this time was no different.

Then there was the man

The office is small and it is shared with another doctor.  My kids took up one whole little section, so I went to the other side and I sat by a couple…I would say in their late 60s or early 70s.

I was sitting next to his wife and he leaned around her and looked at me, with this piercing look.  He smiled and said, “did you know that boy of yours is a walking miracle?”

I smiled, choking back tears, and I said, “as a matter of fact, I do.”  He asked me his name.  I told him.  He smiled and said that from that moment on, he would pray for my son.

He knew NOTHING about us, our situation, Hunter’s health.  Heck, we carried him in and Whitney took him, so the man never saw Hunter even stand/walk. I told him a 30-second version of our story.

Tears filled his eyes and he said, “well, I thought he was a miracle before…now I know he is.  God spoke to me about him.  Did you know that God is still a miracle maker and He is alive and well surrounding us?”

I replied with “YES!”

And So It Goes

We chatted for a few minutes before I went up to the desk. Hunter has spied food and he wanted it, but he could not have it because of the gluten.

While I was soothing his soul, I overheard this man talking to Daniel.  Daniel’s behavior has not been very good, lately.  There is a lot going on with him emotionally and spiritually.  It has been a battlefield.

This man was sharing the gospel and asking Daniel pointed questions about his faith and his walk with Jesus.  I just stood there and allowed it to happen.  This man was so filled with the Spirit and he so wanted to share that feeling.  You could see it in his eyes.

I don’t know this man’s name.  I do not know where he lives or which doctor he was even seeing.  The Lord knew I needed this moment to quiet my C.H.A.O.S. on that day.  He knew my heart needed to hear that a miracle IS coming for Hunter.