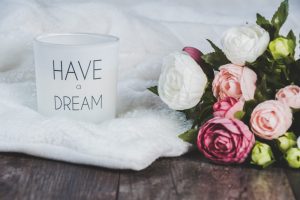 What Dreams are Made Of October 30, 2010?  Today was the day…the day that dreams are made of.  The day that I’ve held in my heart since I was a child.  The day that we meet our son. WOW!  We all met in the restaurant, upstairs, and ate breakfast (they do make fabulous omelets).  The conversation was light, the nerves and emotions were on the surface of all of us.

Here comes Woudneh, ready to take us on our trip.  The Monks’ left with their trusted driver.  They had anticipated spending the night in Nazret, where their boys are, but due to some unforeseen issues, they were not able to spend the night, but they did stay all day long and enjoy the company of those sweet boys. Yonas, our rockstar driver, loaded the rest of us up, and off we went.  He spoke very little English, but he has such kind eyes and a sweet, sweet smile.  He was an excellent driver!

We all tried to remain calm, not knowing how long our trip would be.  We decided to take pictures of what we saw and video, but we were all so uncertain of this crazy traffic, that it was quite mesmerizing.  2 lane roads turned into 3 or 4 lane roads…I could touch the people in the vehicles next to me.  The cheap gas that was used caused a lot of exhaust and the fumes made for very dry lips, mouth, and lungs…we were all coughing and snotting throughout this whole trip.
This was a humbling experience.  Seeing all of the people run to our minibus wanting nothing more than food, clothes, or money.  Children were selling lottery tickets just to make money.  Our driver said he could be banned for a lifetime if we are caught giving the beggars anything.  He stated that it promoted children to work the streets for money instead of getting an education.

The people lying in the median of the street….homeless…barely clothed…no food…no shelter.  It was humbling beyond belief.  However, if we stopped, women with babies, children, and the elderly would come up to the window.  They were begging for food or money.  We weren’t allowed to give them anything due to the strict laws forbidding it.  It was almost more than I could bear, having to turn them away.
At one point, not sure what day it was, I was looking out one side of the van.  In fact, began to notice this 8 yr. old boy, his mom, and her baby standing outside of my window.  They were politely waiting.  I turned, and their appearance surprised me, and I let out a bit of a squeal.  It scared them and me 🙂
I quickly apologized for frightening them, they were laughing at the mishap.  In fact, I couldn’t let them go without food.  In my mind, I was picturing Boo looking to someone else for food, and my heart was captured.  I gave them crackers all I had.  Before I knew it, there was a flood of beggars surrounding the van.  It was so sad.  I just wanted to bring them all home and feed them all.

Those images are continuing to etch in my mind.

Why Adoption Matters More Than Yardwork