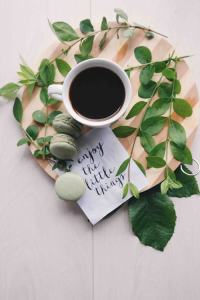 Lola and Francis, two of our sweet dogs.  I was told that I am “highly allergic” to dogs…..I have 3 inside dogs and I love them bunches 🙂

The look on Lola’s face is hysterical.  We got her from a puppy mill (though she was not a puppy).  She was a sad, little dog, who did not even know how to bark.  She had had a couple of puppies, therefore, she had to be spayed because the birth of these puppies almost killed her.

Since she couldn’t breed, she was deemed “useless.”  Lola was left alone, in a cage, eating her own poop to survive.  I fell in love with her.  Lo barked, for the first time, about 3 mths after moving in with us.  It scared her so bad, she peed.  She has been in PEA (Poop Eating Anonymous) since she has been here.  She is now fully recovered and fed well.

She showed up on our doorstep the year we moved into this house.  She was cut up from briars and barbed wire.  Her face was so sweet, I let her in and cleaned her up.  She had burn marks on her head, she had been spayed, and was tattooed.

It was also discovered that she knew “tricks.”  She could sit, shake, lay down, and speak.  She was also house trained.  Francis, hands down, is the BEST dog we have ever had.  She is so patient and kind with kids, adults, and other animals.  She does get quite hysterical when a storm is coming or when someone is shooting a gun.