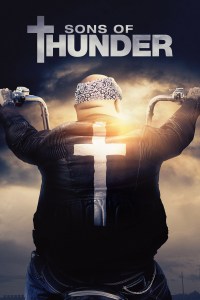 Sons of Thunder from PureFlix

Sons of Thunder from PureFlix is a Christian series that follows the life of Simon.  “Combat vet Simon motorcycles across the country, working odd jobs, helping those God puts in his path, and trying to atone for past sins in a biker club.  Parental Warning: Adult Situations”

Yes, there are VERY adult topics in this series.  There is evidence of drinking and violence.  Still, it is a clean alternative to enjoy shows, like this, without the sex and extreme violence.  Now, I there are things I need to be honest about.

I enjoy Pure Flix.  I have come to enjoy doing my reviews and/or giveaways for streaming clean television/movies.  This is something I wouldn’t hesitate to let my kids just flip on and choose whatever they want to watch without standing over their shoulders.  Again, just because it is Christian based doesn’t mean it doesn’t have adult topics that NEED to be addressed if your children watch.  That doesn’t mean all of the shows or movies, but some of them.

Now for the Nitty Gritty

Complete honesty.  This first episode lacked a lot to be desired, for me.  I was talking to my husband about this first episode (there are more but I’m only referencing the first one).  I was telling him the premise behind the series and what my thoughts were.

So, the main character Simon is a tough looking, mean, bad biker man.  Well, that is what the show eludes too.  In the first episode, there are only flashbacks, so you get a little bit but not a lot.  He is on the quest to return what appears to be a knapsack with a Bible in it.  He reads the Bible and asked the Lord for salvation.  So, all in all, this is a story about a Saul to Paul conversion.  I get that.

Yet, this first episode was an intense theme and it just didn’t play out well.  It didn’t expand the characters.  This one episode could have been the entire first season (there are 7 episodes).  The acting is okay, not great BUT the cinematography and videography is WAY better than some other things that I’ve seen.

I likened this first episode to my Doug.  He is a dear dear friend of mine…a brother to me… and he is this rough looking, big ol, hairy, gruff person riding in on his Harley.  He looks SO intimidating when he rolls up.  Then, he gets off his bike, takes off his glasses…and those eyes…that voice…that laugh…he is a softy who is the most precious person ever.  That is who Simon reminds me of.  Yet, internet land doesn’t know my Doug.  So, not a great analogy.

This is a Good Analogy

Since most people wouldn’t get analogy, this is my next analogy.  Have you ever tried to get a pearl out of an oyster?  You get the tools and you work so hard trying to pry the oyster open.  Finally, you crack it a little and you open it up…only to find sand.

Now, this one was better.  The storyline was okay…it had many “aha” moments in it for me.  Simon is a funny guy and I didn’t get that in the first episode.  I’m finding myself vested in what he does.  Reminds me of the movie Joshua.  I want to know who owns the knapsack.  Does he reunite the man (or boy) with the Bible?  How did it get lost?  What is his backstory?

So now I’m committed.  I want to know the end and I’m anxious to see how this all comes back around.

There is a character in the show.  His name is Angie D and he is the head of the biker gang.  He walks in the room and you know he is a seasoned actor.  I felt like he looked a lot like Patrick Swayze in his last television series (The Beast) before he died.

I like his character.  That rugged, hardcore biker who has a story that is written all over his face.  I just couldn’t shake it.  I enjoyed the scenes with him in it.  So, at the end of one of the episodes, I decided to see who the actor was, why he looked so much like Patrick Swayze, and what I had seen him in before.

Low and freaking behold…. I WAS RIGHT.  It is Don Swayze, Patrick Swayze’s brother.  Yes, I feel justified cause I caught it.  Here is his picture, just for reference: 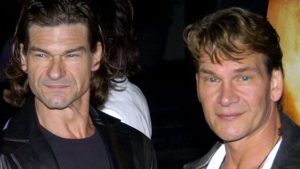 You’re welcome 🙂  Now, go start a free trial at PureFlix and dive into all that it has to offer!

I finished the first season and I am VESTED!!!! I am so excited for the new season coming along. See, I tell ya, if you give me a minute to get in the groove, I will like it.

There are so many things I need to know. So. Many. Things.

First season is only 7 episodes. It is worth getting the free trial just to see it. Very anxious to see the second season. Sons of Thunder: Redemption.