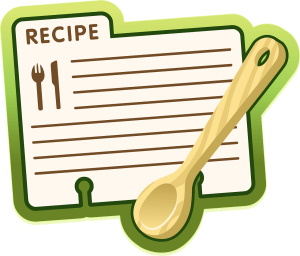 Beef Stroganoff Instant Pot is not something I make often.  I don’t make it often because I do not think about it.  Pasta is my favorite thing, but it is not Big Daddy’s.  Sad, I know.  However, I have found something that involves pasta that he LOVED.

The roast was done in the crockpot.  When I do a roast, I make 2 and put potatoes in both.  I do this because A) we are a large family, B) my children believe they are starving 98% of the time C) I use the leftover roast to make soups or some Chinese food.  This day was no different.

Put in the crockpot with potatoes and cook on high for 10-12 hrs.  I say this because I always put my roast in the crockpot frozen.  Always.  I reckon if it is thawed, it would need to be in there for 5-6 hrs.

Once I realized that we were not going to eat it (they ate the other one), I just dumped it all in a bowl with a lid and waited until I could figure out what I wanted to cook.  My ah-ha moment was pretty epic, only because Big Daddy loved it!

I separated all the potatoes from the roast/juice.  The roast was cut up into bite-sized pieces.  That and all the liquid were poured into my instant pot.  Also added was minced garlic and one whole onion, chopped.

Beef bouillon granules were added (I’d say about 4 teaspoons), more seasoning, Thyme, 2 T flour, mushrooms (canned or fresh), 2 T butter, and about 2 c water.  I sauteed this down and then added another cup of water.  The Instant Pot lid was placed and sealed.  I set it on manual for 10 minutes (the meat was already done).

While that was doing its thing, I put my egg noodles in a pot of boiling, seasoned water.  I do not do egg noodles in the IP because they turn into mush after one minute of being in there.  Once they were done, I drained them.

In the meantime, I’m quickly releasing the IP and adding 2 heaping tablespoons of sour cream and some parsley.  Once that was all mixed in and melted, I added my noodles.

It is ready to serve!

You can use the recipe’s ground beef, steak tips, beef stew, or deer meat.