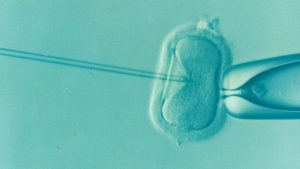 Where to Start? I guess I will tell the story of my darkest time yet most significant recovery. I should start at the beginning. My husband and I struggled with infertility for years. After testing, we were told that seeing a fertility specialist was our only option for having our children. We were advised there that IVF was our best option.

We began our cycle in May 2015. June 5, 2015, was the day we were scheduled to have our embryo transfer. An embryo transfer is where they transfer the embryos into the uterus. Hopefully, they will implant and begin a pregnancy. I woke up to a message during the night that said, “taking Grandaddy to the hospital for chest pains.” Then another said: “They’re sending him to Nashville.” I had tried to call as we got our day around and headed to the IVF office. I was an hour ahead, so no one answered.

We got to the office and got ready to go into the transfer room. I’m lying there on the table as my husband holds my hand. They have an ultrasound probe pointed at me and a camera in the lab. “We are selecting the strongest two embryos hoping one will implant. As we discussed, this gives you a 33% chance at twins, but that is a manageable pregnancy.”

My World Began to Unravel

We watched as the lab technician drew two little embryos into a syringe. They brought it to us as we confirmed the identification. We watched as these two babies, our babies, were inserted into a catheter and landed in my uterus. “We need you to lay flat for an hour when you leave this room. You can go to the restroom and then lie down.” I went to the bathroom, returned, laid down, and grabbed my phone.

“Grandaddy has had a heart attack. We are on our way but aren’t to him yet.” My memory is pretty foggy after that. I know my uncle called me. “Grandaddy is going to pull through. Just like he always has. The doctors have always been wrong.” I knew. I knew the last time I saw him would be the last time.

A Choice to Make

Our doctor came in, and I asked if I could go to Nashville that night. I told him I needed to say goodbye to my Grandaddy. I needed to see him one last time. “You need to decide if you want to see your Grandaddy or if you want these babies and this pregnancy.” I knew what Grandaddy would tell me if he could. He would say to me to take care of the babies. “Grandaddy isn’t going to recover.” The moment the doctors had confirmed what God had already told me was going to happen. I couldn’t go for 48 hours.

If Heaven Wasn’t So Far Away

That night, they called all of our family in. When my dad arrived, they made the call and took Grandaddy off of life support. My brother had called me and let me talk to him before they did. “Grandaddy, it’s your Punkin. I’m pregnant. Do you hear me? I’m pregnant. There are two babies inside me right now growing. Watch over them, please. Keep them safe and protect them. If it doesn’t go my way, and I don’t get to keep them, hold them while I wait. I love you always.”

Fifty hours after our embryo transfer, I was at the airport in Detroit, MI, to Nashville, TN, to come and see my family as we laid my Grandaddy to rest. I took a leap of faith and told everyone we were expecting. We played the song “If Heaven Wasn’t So Far Away ” at his funeral.

The day before his 75th birthday, we got the call that we were indeed pregnant. Our first round of IVF was successful. Six weeks into our pregnancy, we found out both embryos had implanted, and we were expecting TWINS!! Ten weeks into our pregnancy, we discovered a complication with baby B. My placenta was too close to my uterus. There was a chance we could miscarry them.

I was on a weight and activity restriction for two more weeks. We decided if baby B survived, we would name this baby after Grandaddy. Twenty weeks into our pregnancy, I felt our girls kick for the first time. “If Heaven Wasn’t So Far Away” was playing on the radio when it happened. Thirty-five weeks into our pregnancy, we were told she had a hole in her heart that would need to be repaired at birth. Thirty-seven weeks five days into our pregnancy, I was told the babies were out of the room, and we had to induce. Thirty-eight weeks one day, I check-in, and we begin our induction with our sweet girls.

They did not tolerate this well, and because of their struggle, we ended an emergency c-section 27.5 hours later. Baby A was 4lb 12oz. Baby B was 4lb 3oz. One hour after their birth, baby B was taken from us and put into the NICU due to low blood sugar and issues with her temperature. Five days after their birth, they went home with me at just 4lb 6oz. And 3lb 15oz. A few days later, we were told baby B had some concerning blood work and needed to be tested for cystic fibrosis. At eight weeks, she was tested, and it was negative. You see, she has always been Grandaddy’s baby. In July of 2008, we were told not to expect to have him that year for Christmas.

Tomorrow, the Story is Continued.