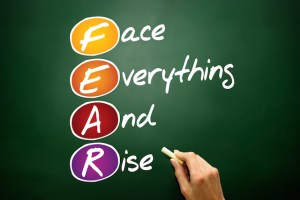 Little Lies Along the Way = Fear Amongst Children. Before I move on, I want to say I have MAD respect for nurses, nurse’s aides, child life people, and all the other “worker bees” in the hospital.

Respect.  These are fantastic and under-appreciated people.

With that being said, I have learned a lot of things over the last ten mths of H’s illness. I know the heart behind these statements. I see the ease these sweet nurses are trying to give these kids. Yet with my kid, you aren’t helping much.

In the beginning, these statements I got.

I understood. I accepted. I even played along until I began seeing small H changes and extreme fear. He resisted “hugs,” afraid of loud noises (rocketship), would spit his water out when he drank from a straw, and when we came to the hospital, he would FREAK out.

If I had a rare hospital visit or stay for my kids, which I have had in the past, I wouldn’t hesitate to do this.  For minor things, I get it.  Saying these things helps kids overcome their fear.  Yet, when you have a child who is in the hospital all the time, it doesn’t work.

H stopped using straws.  He stopped drinking juice or most liquid.  H didn’t want to ever eat a donut even if he saw me eating one.  He resisted hugs.  Tickling him is a thing of the past.  He associated all these good things with fear and hospitals.

I know I come across as this hard mom who is using too technical terms with my 4 yr old, but this is his life. Hospital life is his new normal. Hospitals. In and out of hospitals and doctor’s offices. I have changed my tune during the past few doctors and hospital visits. For instance, this morning, H had to have an MRI done and a spinal tap.

Child life came upstairs to talk and play with him until he was sedated and went back for his procedure. They brought this fantastic doll with a hospital gown, markers to draw on his face and pretend medical equipment so he could play with it.

They began using those terms, and I kindly told them I used accurate terminology with him. I discussed with them his irritational fears over things, and because of my lack of knowledge and the previous nurses trying to put him at ease, with what I’m assuming they have learned, we have changed how we deal with things. I also explained that he likes to be called Kid.

So, we got out the doll, and I taught the Child Life people and the nurses how we do things. We first drew a face, hair, glasses, freckles, belly button, and chest/back hair on his doll. Then, I drew some veins on his hand. I showed him his veins and my veins. I talked to him about the IV going in and what it does. The funny thing is he knew what most of the stuff did because we have talked about this so much.

We took a wipe and cleaned the area. We counted to 5 and then “inserted” the IV…we even used the same tape they used on him. We flushed Bob’s IV when H got his IV flushed. We even put the sterilizing cap on the end. I covered everything I could think of on Bob.

The ladies were in awe of how H responded, how much he knew, and how I chose to handle things with him (I understand other parents using the above terminology). I explained to them that he has a life-altering condition, and this is now a part of his life. I wanted to take the fear out of the unknown and normalize his situation for him. To take the worry away, I want him to be a student (even at this age) of what is going on in his body. Doing that gives him some control.

This has been a scream-free hospital stay. H has been compliant, polite, and confident. I’m so incredibly proud of him. I cannot even describe how much this baby inspires me to continue to run the race looking forward.

1 thought on “Little Lies Along the Way = Fear Amongst Children”