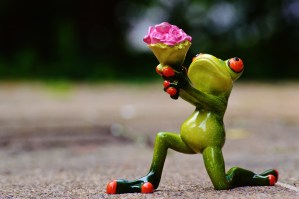 The Power of Intentional Forgiveness is something that is not lost on me. Forgive is a verb or an action. You are actively doing something. It means to grant a pardon for or absolve something; to cease to feel resentment against (as in an enemy). I love the beauty of forgiveness.

Forgiveness DOES NOT mean that we are somehow giving permission for another person to hurt us or excuse the choices of another towards us. It is, however, a release for us. We are releasing that pain and memory so satan can no longer use that against us.

That He is the ultimate Judge and Jury. He states in Exodus 14:14, “the Lord will fight your battles; you simply need to be silent.” Thankfully, He knows what is ahead of us and already has the PERFECT provision in mind for every situation. We just need to stop, be quiet, and get out of the way.

I am pretty quick to forgive but not quick to forget. That is a fault of mine. It is hard to just shut that infraction out of my mind. Well, I guess it depends on the situation. It is like the sting of the pain is gone, but the scar remains. So, in satan’s proper form, he presses on that scar and picks at it. What a vicious cycle.

As I was reading this book, it was SO impressed me with the power of love and forgiveness. Seeing the person that hurt me with a different set of eyes. With the eyes of Christ.

I have been talking with a friend, and we have worked through this concept a lot lately. The end of this inspiring story of Corrie ten Boom struck me so much that I took a screenshot of it and sent it to her.

Preface to a Section of the Book

Let me preface this quote by giving some context. Corrie and her family were turned in to the Gestapo for hiding the Jews and helping them. They had served in several different and horrific concentration camps. They lost their father, nephew, and many friends to these camps.

At this moment in the story, they discovered who it was that turned them in. Corrie is wrought with anger for this person. She is beyond hurt, mad (understandably) at how a “friend” could harm their family in such a way.

This is the conversation between an angry Corrie and her sister Betsie.

Corrie: Betsie, don’t you feel anything about Jan Vogel? Doesn’t it bother you?

Betsie: Oh yes, Corrie! Terribly! I’ve felt for him ever since I knew – and pray for him whenever his name comes into my mind. How dreadfully he must be suffering!

*****Excuse me, people, but what freaking kind of angel is Betsie to “feel for” and “pray” for this man who caused SO much death, destruction, and pain. Yes, I yelled that while I was reading.*****

Corrie’s Thought Process After this Conversation

“For a long time, I lay silent in the huge shadowy barracks restless with the sighs, snores, and stirrings of hundreds of women. Once again I had the feeling that this sister with whom I had spent all my life belonged someone to another order of beings. Wasn’t she telling me in her gentle way that I was as guilty as Jan Vogel? Didn’t he and I stand together before an all-seeing God convicted of the same sin of murder? For I had murdered him with my heart and with my tongue.”

Emphasis Added Was Mine

For real. To put Corrie ten Boom, who sacrificed her family and her life to save others, in the same category as Jan Vogel… a man who killed several humans out of devotion to Hitler and the cause, is insane.

Then, that sentence that I bolded. God does not distinguish between sin. Sin is black and win. You either sin (gluttony, lying, adultery, homosexuality, murder (the physical kind), murder (spewing hate in your heart), stealing, the list can go on and on), or you don’t sin. We are human; we sin. We needed a Savior to die on the cross to save us from our sins.

She despised this man, and this man killed and tortured many. In God’s eyes… the boy sinned. Let that sink in for about 3 minutes. I need a swig of coke. She killed with her tongue and heart. He killed and tortured with his hands. Yet, both were created in His image. Both are loved by God. Finally, both sinned in the eyes of God.

I’m having a hard time with this. Can you tell?

“Lord Jesus, I forgive Jan Vogel as I pray that You will forgive me. I have done him great damage. Bless him now and his family.” That night for the first time since her betrayer had a name, I slept deep and dreamlessly until the whistle summoned us to roll call.”

For. Real. People. Absorb that prayer. Adapt it to add the names of the people who have hurt you.

Friends who abandoned you in your greatest time without a word. These same friends make you question everything you could have done wrong, and you are eaten up with pain and confusion. God is NOT the author of confusion. Let that crap go. Forgive!

People who rip your children out of your arms claim you are an unfit parent because they are jealous and want these precious beings for themselves. Hateful humans wish to remove children just because they feel like it, with no regard for what is right and wrong. Forgive.

So Many More Scenarios

Pastors who you trusted hurt you and your family. Accusations are thrown around like confetti. Allowances of idle gossip within the church to try and accuse you of being an awful parent to kids from hard places. Pastors refusing to help others, accusing you of affairs, chastising you in dark stairwells because you are trying to protect your children. Pastors blamed a child for someone who preyed on them and molested them. You are asked to leave, yet the accuser stays, and he is free. Forgive.

Men who claim to love Jesus and the law who underhandedly try and destroy your family. They do so while still talking about their love for Christ and family. They lose no sleep. Let me tell you…what man meant for evil, God meant for good. Forgive

A family who disowns you for falling in love. Co-workers treat you like crap to your bosses but never to your face because there is no basis for the hate they spew. Forgive.

Oh, this woman goes on!

Am I speaking my pain? Are those deep dark chambers of my heart being unlocked? Let me tell you. I have a situation right now that I have buried so deeply for over a decade. It is completely fine, tucked away in the back corner of the attic.

God has a sense of humor. In being content with my pain being hidden away, He decides (cause He is a funny God) that He is gonna bring it back up. Just like vomit. What this man did was atrocious and unforgivable by my standards.

Yet, there is God. Only God can orchestrate what is happening. I have played out every scenario of meeting this human and everything I can say. Honestly, I want to make him feel like shit on the bottom of my shoe. No lie.

Clearly, He sees that I can’t move forward until I move past this. Again, forgiveness is not about giving permission for that person to do what that person did. It is about releasing Satan’s control over it in my heart.

Now, He has aligned the stars to where it is time for me to face one of my deepest hurts. It is like a train coming down the tracks. I see it. Yet, I don’t need the ticket right now. This train is going to run over my family and me.

God is my Protector, Defender, Shield, and Stronghold. May He be my words. I pray I can see through the past pain to see the hurt this man must have gone through and is going through. May I show Him the love of Christ.

Right now, my flesh wants to bring down a world of pain. Yet Christ died for him. Forgave Him. What more does He need to give?