In What Would Happen if She Found Out, my guest blogger talks about what would happen if the people she loved most knew the truth? 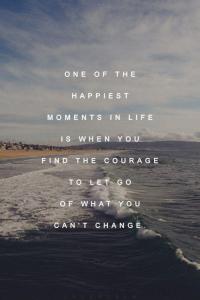 What Would Happen if She Found Out

That I was more different than she had ever thought

That I was the one thing she couldn’t tolerate

Would she kick me out

Or would she hate me

Would she quit loving me

I would love to say no

But in reality, the answer is yes

Yes, she would do all three

If you think that way, you go to Hell

If you act that way, you go to Hell

So, of course, I didn’t want to admit that I am what I am

I didn’t want anyone to know my preference

Because I myself ignored it, hoping it would go away

Yet here I am at the age I am realizing really, for the first time

And I’m worried about her reaction if she were ever to find out.

What I Have Been Told

Growing up, I’ve been told that she would rather DIE than have a child like me

Well, a child who likes a person of the same gender

So I’m going to respect her wishes

And not telling her

Sure it’s a lie, but at least she’ll be happy

It’s the least I can do

She deserves to be happy

And I deserve to have a standing relationship

with at least one member of my family

2 thoughts on “What Would Happen if She Found Out”