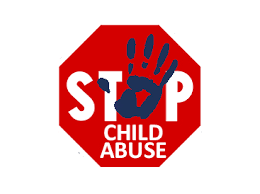 In This is When It Began, this sweet girl reflects on her father and the beginning of her abuse. It is so painful for me to read, yet I know it will be healing. As I have said before, you must walk through the pain before healing. That is precisely what she is doing.

I remember the days when we would sit on the couch and watch tv or work on my homework together,

The days when I was the one you cared for, the apple of your eye, so to speak.

I remember us taking four-wheeler rides through our land back when we were still a single-family.

Where the kids had to learn who would do what.

This was before the manipulation and the lies from both sides.

I wish we could have the same relationship as we did then.

When you were the one I cared for the most

But then it happened.

You should have tried harder.

You should have at least fought for your family

but you gave in and moved out.

This is When it Began.

We stayed with our grandparents most of the time.

This is where the abuse began.

The man who was supposed to be an uncle

turned out to be a child abuser.

As I stayed in silence, he became your friend

and this is how it came down in the end.

You Did Nothing but Sit

You didn’t try to do anything.

Instead, you said you knew people inside.

This was probably a lie.

Which are you didn’t care what had happened

or at least you didn’t care enough.

If you did, you would have done something. Anything would have been enough.

Enough to Show that You Cared for Me

Anything at all would have sufficed.

Years later, I still hold you at fault whether I should or not.

I just wish you had seen what was going on.

I mean, there were signs.

But I Can’t Blame You for Someone Else’s Decisions.

Just for yours at that was to do nothing.

And I know I should forgive you for this one thing.

But I just can’t until I understand why.

If you or someone you know is being abused, PLEASE reach out.