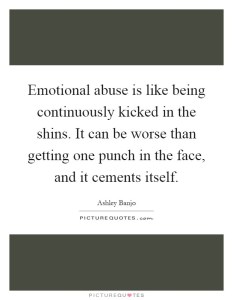 This is Something That is Considerably Difficult for Me to Write

I still have not been able to let it go after all these years. I feel like now is the time to write. From my perspective, this is what my experiences were like when I was dating someone. I had not been in a relationship (or at least a serious one) until I met him. Online dating is the hip and cool new way to meet possible relationships. You can talk with random people all over the world. Sadly, I was one of the suckers that got sucked into all the fun profiles and nice-looking men.

He showed up in my Facebook messages. Then he told me that he found my profile on the dating website. Sadly, he did not have the premium services. Because of that, he had to message me via Facebook. He was a nice-looking man, and I thought, why not? Maybe I should open myself up and see if this might go somewhere. We started talking, talking online, and eventually texting and calling almost daily for quite a few months.

Eventually, We Met, and He Took Me on a Date

He was incredibly tall, 6’5, which seemed like a dream come true to my 6’06’0 tall self. Our date went well, and I invited him to come to church with me the following day. We started dating even though he lived in Alabama, and we shortly declared ourselves in a relationship after only dating for a little while. My friends and church family supported us and our long-distance relationship. It was so hard for him and me to only see each other every two weeks for only two short days. And sometimes I would go months without seeing him because he worked two jobs.

I was in such a “honeymoon” phase that I did not truly see how screwed up our relationship was at the time. Honestly, I made it clear that I did not want to do anything further unless we married. I long ago chose to wait until marriage to have any relations with a man since that is what God says in his Word. After about a year of dating, he kissed and touched me even though I did not say yes or no. And from there, we continued to make poor choices and follow fleshly desires rather than focusing our eyes on God and working on our relationship.

I wanted to make him happy because I wanted to be in love so bad, and I wanted him to care about me as I saw in the relationships of my other friends. I had never felt “being in love” and did not see how dangerous it was for me to continue in that sin pattern. Eventually, I told him we could not continue like this anymore, and he agreed to stop. From the beginning that we started dating, I told him that if he ever laid a finger on me that it would not end well for him, which he didn’t, but he also treated me in a way that was not acceptable in the way a man should take care of a woman.

He would yell at me and be overly possessive over me for no reason. I told him I was considering, not even stating I was going to do it, but that I wanted to join a sorority possibly. He freaked out and told me he did not want me to participate because I would leave him for a frat guy that was better than him. I assured him that cheating was not something I take lightly and that I only had eyes for him.

He would yell at me even in front of my family to the point where I had to leave the room to stay calm and keep my composure. Yet, I still said nothing because I did not want him to go with me. He would emotionally abuse me and refuse to communicate with me when we would fight. I tried to put a bandaid on the issue or smile my way through it and say we were alright. I refused to listen to wisdom from my church family, my mentors, and my family, especially my mom.