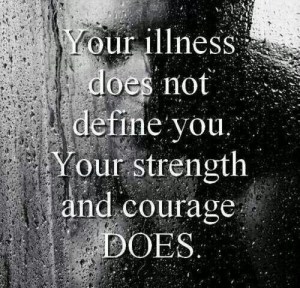 Ending the Stigma of Mental Illness

In Ending the Stigma of Mental Illness, my guest blogger shares her thoughts on this subject.  I have a mental disorder that can be crippling at times. When I say crippling I mean I cannot get myself out of the bed. I have thoughts in my head on a continuous loop that should not be there, to begin with. Those days when I don’t call, text. or even speak to people.  Hell, I don’t even come out of my room. When I say I can’t get myself out of the bed, I mean, I literally will stay in it for days.  I will only leave to go to the bathroom or to eat.

There are also days when I am “happy” these are the days when I can really get myself into trouble. when I talk ninety to nothing and spend all of my money in one place. Or I could get in the car and just drive in one direction not knowing where I am going but going anywhere is better than where I am. These are the days when I bombard all of my friends that I haven’t talked to in days that I want to do something. On these days I don’t sleep, I could be up for days at a time and it wouldn’t bother me one bit. I make poor choices when I am like this.

This is Bipolar Disorder in a Nutshell, at Least in my Case.

I am tired of the stigma on mental illness or mental health in general. If you have asthma, everyone can tell by the physical complications that you have. However, when it comes to mental illnesses we dare not speak of them. They don’t exist to people who don’t have them or at least they perceive it as a negative.

You don’t see people not talking to people with asthma so why shouldn’t they for people with mental illness. Honestly, I should feel free to share that I have bipolar disorder without having people think that it means I’m crazy. Furthermore, I shouldn’t have to own that lie but yet here I am pretending it doesn’t exist or calling myself crazy.

I am Tired of Comparing Myself to “Normal” People

What does that mean anyway? To be “normal”. The definition of normal is conforming to a standard; usual, typical, or expected. So what I’m seeing is that everyone is supposed to be the same, act the same, and do the same things the exact same way? Maybe I’m looking at it in a negative way but it sounds to me like normal people are nowhere to be seen. Because no one is the same no one is conformed to the same standards.

So why do we make ourselves feel less than just because of a mental illness? Bipolar disorder is my normal just because it isn’t yours doesn’t mean that you have the right to tell me that I am wrong, not to be trusted, or dangerous because of it.

Today, I am thankful for modern medicine.  It has helped me look at life a bit more clear.  God is bigger than all, but He created man to create medicine to help.  Never feel weak because you need a medication to help you even things out.  You are not weak!  Honestly, you are brave and strong.

Memories with My Mom

A Letter to Myself 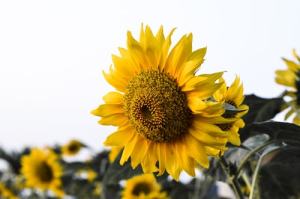 Living in Reality Versus Fantasy

Living in Reality Versus Fantasy is a hard thing to do with most people.  The other night, when I was cooking supper, G came in the kitchen with 2 pages worth of notes that she wanted to discuss.  When she does this….it is exhausting because it is difficult to explain things to her.  She does not process things the way a “normal legged” person would process them.  If you wonder what that statement means, you can go HERE and I have posted on our conversation.

With her FASD, she either A) do not understand what I’m saying B) doesn’t think it applies to her C) doesn’t realize the processes that have to occur C) gets her feelings REALLY hurt.  I don’t, personally, like any of those options.  We have been talking a lot about her future past high school.  She is almost 17 and she is *just* heading into 10th grade, so she is extremely behind.  She caught up, some, while at MILITARY SCHOOL, but still not enough to go into the 10th grade.  Now, this past semester, she has rocked it and I think in January we can advance.

Her Natural Talents and Abilities

G has some natural talents.  She is very personable and can talk to anyone.  Lately, she has been honing her craft in hair, nails, and makeup.  Also, she is good with kids (for the most part) and is tenacious.  She had, at one point, decided to go to cosmetology school.  That would eliminate the need for taking the ACT and she could be successful, have a career, and be able to live on her own (with some guidance).  The last little bit, though, she has declared her intention of pursuing criminal justice.  The things she is interested in (Judge, Federal Marshall, Forensics, etc) is just not in her wheelhouse.

Living in Reality Vs. Fantasy

I did not and do not want to discourage her in any way, but I also do not want her to live in this fantasy world of hers.  She bases all her “knowledge” off of movies, tv shows, and books….not real life and certainly not what is required to accomplish these things.  So, as she named off her choices, I told her that she could go to any college, in KY, for free until she gets her bachelor’s degree….that that would not be a problem BUT in order to get into a 4 yr school (or above), she would have to take the ACT.  That did not register.  Now, for our local trade school or 2 yr school, she can take a compass test.  This type of test just lets the administrators know if she needs to be in more remedial classes or regular classes.  We know we have the option to have an aide (which she DOES NOT want) and the tutoring is free.  I explained to her all the things she could do or would be good at…none of those things mattered because she is so tunnel-visioned that all she can see is a field in Forensics.

In an effort to help her understand, I pulled up an ACT prep site.  I read off the simple grammar questions (what is a colon, what is an apostrophe, what is a pronoun) and she did not know any of the answers.  She was so sad after I went through a few questions and she did not have the answers.  I explained what the ACT test was versus the Compass test and that one had to have a certain score and one was just a placement test.  This did not go over well….so she retreated to her room.  What I did not realize was was that she was in her room, crying.

I called her back in the dining room to see what the problem was.  She burst open with sadness and anger at her birth mom for drinking while she was pregnant.   Now, G was “reaping” the consequences of it.  I let her go on and I let her cry.  Finally, I answered her questions and then I took the opportunity to talk about crutches.  I told her that I would let her cry for about 5 minutes and grieve the choices her mom made.  In the end, though, she needed to go and wash her face.

Dealing with the Choices of a Birth mom

I explained that she was not going to use her biological mom’s poor choices to dictate her life.  That God gave her things that are easy for her (hair and good with kids).  She is genuinely talented and could be really good if she allowed herself.  Also, I gave her options in the medical field that she could absolutely do and be great at it.

She was not going to use her FASD as a “poor pitiful me” person, but she was going to count it as a strength.  Just because she can’t do something like being a Federal Marshall, doesn’t mean she can’t have a fulfilling and successful life.  I told her about some of my friends who owned their own business and how much they love their job and are so good at it.

Things that Can Help

I told her that there was no shame in having an aide or extra tutoring because that was going to help her go even further without the stresses that college can sometimes bring.  That by looking at her, you can’t even tell that anything is wrong with her, that she can be a success but she has to throw away the crutches, forgive her biological mom and then move on…..there is no reason to run the race of life looking backward.  We only get one shot at life….there are no dress rehearsals.  I asked her if she wanted me to set the timer for her 5-minute pity party and she said that she didn’t need it.  She asked for some help in researching and that is something that we can and will do.

For now, she is at peace.  The enemy will not dictate her life…God has her.  He has a mighty plan for her.  I just get the privilege to sit back and watch from the sidelines.

What is your crutch?

Time is Slipping Away